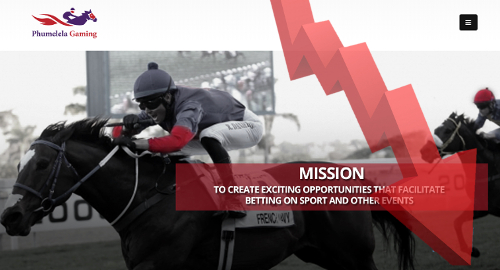 Last Friday, Phumelela issued a statement confirming previous guidance that trading conditions “were very difficult and were not expected to improve” in the near future. The company warned that its earnings in the fiscal year ending July 31 were guaranteed to be at least 20% lower than the year before.

Worse, the company says it’s “in breach of covenants in respect of its R300m (US$21.5m) in borrowings” but Phumelela execs “are in regular contact with banking executives” to keep them apprised of the situation. Phumelela, which issued no interim dividend when it revealed its fiscal H1 report earlier this year, said Friday that it “is in no position” to issue a final dividend for the year.

Predictably, already skittish investors triggered their ejection seats. Phumelela’s shares closed out Tuesday’s trading at R3.46, around 28% lower than their price prior to Friday’s announcement. The shares are now trading at barely one-quarter of their 2019 peak of R12 on February 1 and around one-eighth of their worth in October 2016.

With “no positive relief from external factors anytime soon,” the company has embarked on “internal remedial measures” as its only option. Earlier this month, Phumelela warned that it was embarking on a major retrenchment plan, which involves closing some of its Betting World and Tab outlets and issuing pink slips to at least 500 of its staff.

Phumelela emphasized that its international cash flow and profits were strong but “a considerable proportion” of this international income is dependent on the domestic business “being able to put up the show and ensure a world-class racing product for international punters.”

Should this ability to put on a show be diminished, Phumelela warned that “the domino effect through the entire horseracing value chain would be disastrous, it would destroy an already fragile industry and eliminate international income. It is therefore imperative to take all steps necessary to ensure that we navigate this unprecedented turbulence to keep the show alive.”

Phumelela has been struggling ever since April 1, when the province of Gauteng revised its gambling regulations. That change eliminated Phumelela’s 50% share of the mandatory 6% betting levy on punters’ winnings. The company said the loss of this 3% levy has reduced its monthly income by an average R6m.

Phumelela has challenged the Gauteng decision in court, but until some relief is obtained, “cash conservation is of the utmost priority as is cutting our coat according to the diminished cloth available.”