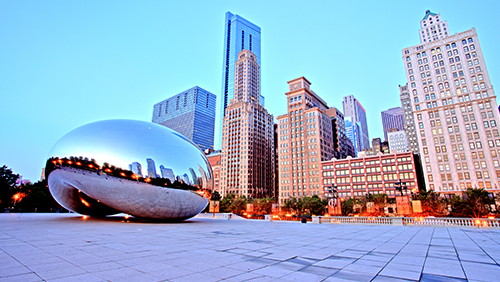 Whether or not Chicago, Illinois gets a casino resort could ultimately be determined by what Union Gaming (UG). The Las Vegas-based investment bank and advisory firm for the gaming space has been chosen by the Illinois Gaming Board (IGB) to head up a feasibility study on whether or not the Windy City should be home to a casino resort.

Illinois entered a new era last month when Governor JB Pritzker signed off on legislation that allows five casinos to be built in suburbs around Chicago, as well as an integrated resort (IR) in the heart of the city. In order for any development to proceed, however, a feasibility study must first be conducted—a stipulation provided by the gambling legislation.

The IGB said in a statement (in pdf) released last week, “Union Gaming Analytics was selected following a competitive bidding process compliant with the Illinois Procurement Code. The IGB received a total of three bids. Two of the bids were disqualified as untimely because they were received after the bidding process deadline had passed.” Nothing impresses a host more than showing up late to the party.

UG will have to work quickly on the study, which was more than likely already begun before the contract was awarded. The firm has to present its findings to the governor, as well as Chicago Mayor Lori Lightfoot and other legislators, within three months. Chicago is footing the bill for the study, which reportedly costs $101,800.

If Chicago is a good fit for an IR, there is still the need to determine where it should be located. If Ed Zotti of the Chicago Sun-Times had his way, the $1-billion property would be erected somewhere close to Millennium Park, which attracts 25 million visitors a year. He asserts, “The best way to ensure that a casino helps, rather than hurts, its host city is to put it in the middle of a hot entertainment district—entertainment meaning amusements other than gambling.”

Zotti further opines, “Casinos aren’t a neighborhood revitalization tool. If you put a casino in some down-and-out location hoping to spark a revival, you’re kidding yourself. Casinos don’t bring vitality to an urban area. If carelessly designed, they can suck vitality out.”

If Chicago were to decide to allow a casino, there won’t be a shortage of potential operators—Wynn Resorts, Caesars Entertainment, MGM Resorts and Las Vegas Sands are always looking for new areas of expansion.

However, in this case, Sands will most likely stay out of it, as the company has indicated that it isn’t currently pursuing anything in Illinois. MGM seems to be on the fence, as top brass at the company differ on the subject. CEO Jim Murren has indicated that its new venue in Springfield, Massachusetts brings to a close its development cycle, but MGM head of global development Brian Sandoval says that the state “presents a new and dynamic market, and as a leader in gaming and sports betting, we will certainly consider our options there.”

Caesars hasn’t weighed in on the possibility yet, but Wynn is keeping its options open. CEO Matt Maddox has previously stated that the new Encore Boston Harbor could serve as a model for new projects—hopefully without all the drama.