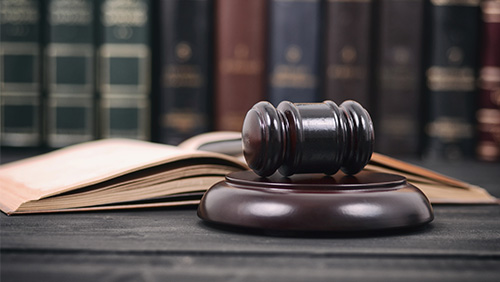 Seven casinos in Pennsylvania tried to sue the Pennsylvania Lottery for offering online casino-like games. The key word is tried, because the casinos have lost their attempt after a judge ruled

against them, asserting that the venues had not proven that they would lose money as a result of the games being offered.

In May 2018, the Pennsylvania Lottery began offering iLottery games, online casino-style games that were made available after Governor Tom Wolf signed new gambling legislation in 2017. The casinos, had sought an injunction against the games, arguing that they were “illegal.” This, despite the fact that they have plans to offer the same type of games.

The seven casinos, which represents just over half of the state’s 13 properties, had asserted that the games were promoted to residents as young as 18 years old, while the casinos are limited to residents 21 years old or older. They also complained that the games could force them to lose revenue, asserting, “Any loss in casino revenue will hurt Pennsylvania’s tax collection for property tax relief and local improvement projects funded by gaming tax dollars.” Of course, that’s also the target of the lottery’s revenue.

Judge Cohn Jubelirer acknowledged that the iLottery games appeared to be similar to online or land-based casino games that are offered, but that this wasn’t cause to allow the injunction. The expanded gambling laws in the state, she explained, are ambiguous enough to allow the Pennsylvania Lottery to join the space and added that the casinos didn’t prove that their revenue would be damaged by the offerings.

The real reason for the injunction request is obvious—the casinos don’t want the competition. However, that’s what a healthy free enterprise society offers and, as long as the law is on its side, the Pennsylvania Lottery has the right to offer the games. The casinos aren’t giving up, though. Despite the fact that Judge Jubelirer denied the injunction request, they’re going to move forward with their lawsuit and try to force the issue in court. Both sides are going to have to enter further evidence no later than August 30.