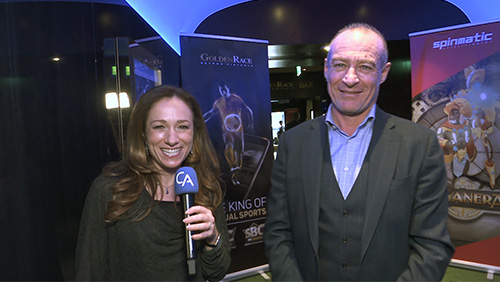 Italy has become a little bit of a mess for the online gambling industry. But don’t take that from us, that’s the opinion of Quirino Mancini, a partner at Tonucci & Partners, a firm that assists the gambling industry. He joined CalvinAyre.com’s Becky Liggero to discuss the situation in his home country.

Although when we say it’s a bit of a mess, we might be understating his sentiment a tad. “We have a big mess,” he exclaimed. “We had a new government that stepped up to place last April, and one of the very first things they did was to introduce this blanket advertising, gambling advertising ban, which was, in my personal view, very biased and ill conceived. It did not, and it will not, hit the target in terms of tackling gambling addiction. On top of that, we also have new tax rates which were upped earlier this year.”

This gives Italy a terrible image to the world, because it demonstrates how unsteady their regulatory situation could be. “The whole thing is very bad news to the incumbents, those guys who were brave enough to, only one year ago, exactly one year ago, to file for a remote gaming license in Italy without knowing the avalanche that was about to come,” Mancini said.

It didn’t have to be this way though, and Mancini wishes the government would have taken a different approach. “They could have done many things, including giving a warning to the industry, and saying ‘Guys, we don’t like what you do, we don’t like how you do it, and we give you four months to fix it, failing which, we will weigh in,’” he told Liggero. “They didn’t do that. So the bottom line is, this is all about politics. One of the two parties that are in the alliance ruling Italy at the moment, the Five Star movement, put in their manifesto that they would tackle gambling, and they can now claim that they delivered on that. How they delivered, that’s another story.”

What matters now is how the industry deals with the new regulations the government has brought in. For newcomers to Italy, Mancini offers this advice:

“The only sensible thing to say is that, you know, there is a market there, the market is still responding. It’s a very crowded and competitive market, but its also a market that probably is second to none in Europe in terms of numbers, in terms of passion, in terms of potential. But under the changed circumstances, with these new regulations in place, with higher taxes, etc,

“I guess what I would say, and I’m saying to my new entrant clients is, get ready to go into the arena and fight, because it’s going to take brains, in terms of thinking outside the box, and coming up with a new approach to advertising for sure. Then, it would require resources, financial resources, to implement whatever you may be up to. Also, it would require a special approach to the very peculiar Italian establishment, which at the moment is a mix of incompetent people, biased people, destructive people, adversely motivated people, etc.”