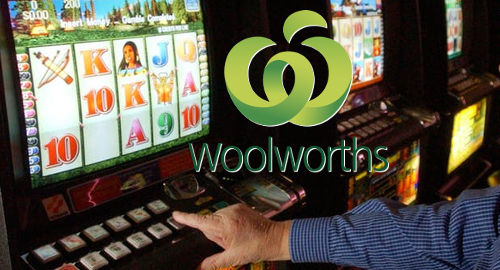 On Wednesday, Woolworths announced plans to combine its liquor (Endeavour Drinks) and hospitality (Australian Leisure & Hospitality Group) divisions into a new entity known as Endeavour Group. This enlarged entity will then be separated from the Woolworths mother ship via a demerger or possibly an outright sale before the end of June 2020.

The ALH Group operates around 330 pubs and clubs which host around 12k pokies, making Woolworths the country’s single largest pokies operator. In March, rival supermarket chain Coles announced plans to sell its 87 hospitality venues – which included around 3k pokies – to a private equity firm for AU$200m.

The Coles deal increased media pressure on Woolworths to similarly divest itself of its pokies operations but Woolworths CEO Brad Banducci insisted that the Endeavour Group plans were “not about gaming, it’s about helping both businesses unlock their full potential.”

Banducci’s claims notwithstanding, Woolworths’ pokies operations were a continuing source of negative press for the company. In February 2018, Australian MP and perpetual gambling scold Andrew Wilkie went public with whistleblower claims that Woolworths was plying its high-spending pokies players with alcohol in order to keep them playing.

Last August, Woolworths announced that an internal investigation into the whistleblowers’ claims had proven accurate. The company said it had addressed the issue by firing “a number of staff” at a couple dozen of its pokies venues.

Last month, gaming regulators in the state of New South Wales filed a formal complaint against two ALH venues that were found to have engaged in tactics intended to keep high-value pokies players playing. It should be noted that the NSW probe initially looked at 50 ALH venues and the company insisted that the activities in question dated back to 2017, after which ALH had upped its responsible gambling compliance.

Australians are among the world’s most avid gamblers, and pokies routinely top the nation’s list of preferred gambling options. However, the country boasts the second-highest number of electronic gaming machines per capita (behind Italy) and pokies feature prominently in problem gamblers’ tales of what led them to ruin.