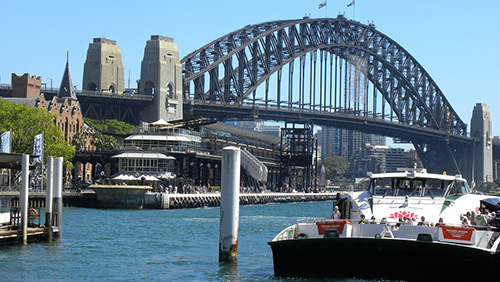 It took a couple of years, but the policy of Liquor and Gaming New South Wales (LGNSW) is better late than never. According to Australian Broadcasting Corporation (ABC), the regulatory authority has submitted a complaint against two hotels that have reportedly served drinks to gamblers in an effort to get them sloshed enough that they wouldn’t want to relinquish their poker machines. One of the two targets of the complaint is the South Tweed Tavern and the other is Westower Tavern. Both incidents reportedly took place two years ago.

LGNSW is ready to slap the two venues with fines of over US$60,000 if it’s determined that they’re still using booze as a way to keep gamblers happy. The regulator’s deputy secretary, Paul Newson, explained that the investigation was “comprehensive” and included the use of covert surveillance, adding “Inquiries were made across 50 properties and ultimately we were persuaded that there was a case to answer at two properties. The submission we have made is that alcohol was being illegally provided to gaming machine players to induce them to keep on gambling.”

New South Wales MP Justin Field is behind a push to see all gambling venues held to higher standards and is cracking the whip against violators and doesn’t believe a fine goes far enough. He says of the allegations, “This is an egregious act actually. It breaches fundamental laws that we have in this state to protect people from the worst impacts of these machines. I hope the independent authority uses the powers it has including suspending or revoking these licences.”

Both hotels are operated by Australian Leisure and Hospitality Group (ALHG), of which Woolworth’s is a 75% shareholder. Instead of ALHG becoming the target of the violations, the Alliance for Gambling Reform (AGR) wants to hold Woolworth’s accountable, furthering the friction already seen between the two.

AGR spokesman Tim Costello argues that the retailer is making significant profit from gamblers (which is pretty much the goal of any business – make profits off consumers) and believes Woolworths should get out of the gambling business. He states, “They should get out like Coles have got out. Australia has the greatest gambling losses of any country in the world, that’s $1,000 a head for every baby, child, student and person in Australia … and Woolworths is right at the front of all of this.”

ALHG responded to the allegations of rules violations, saying, “The complaint made today to the NSW Independent Liquor and Gaming Authority (ILGA) relates to activities at two of our hotels in 2017. An independent management review into ALH responsible gambling practices was conducted in 2018. As a result of the investigation ALH took a number of steps to enhance its responsible gaming practices. As the matter is now before ILGA we will be making no further comment at this stage.”