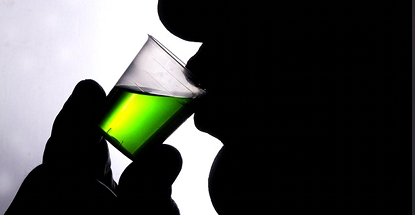 Could social casino apps be the key to weaning Australia’s pokies addicts off their drug of choice?

Australia boasts the world’s most avid gamblers, with the average Aussie adult losing over $1k per year to various gambling activity. The chief beneficiary of this national gambling jones is the video poker (pokies) industry, the excesses of which recently led the state of Victoria to introduce the country’s first pokies pre-commitment technology.

But perhaps there are other methods for decreasing pokies dependency. Researchers at Central Queensland University’s Experimental Gambling Research Laboratory are conducting a study to determine if free-to-play social casino apps could play a role in lessening the allure of real-money pokies play among problem gamblers.

Professor Matthew Rockloff told the Brisbane Times that interviews with problem gamblers suggested that the free-play casino apps offered “the same sort of rewarding characteristics” players were used to getting from pokies. Rockloff noted that the “intermittent wins” obtained via social casino apps offered a measure of satisfaction that came without the risk of players losing money.

Rockloff said the social casino wins were “not quite as good as real money gambling” in the minds of hardened gamblers but these gamblers nonetheless “associate those wins with a winning feeling and so it’s sort of like the methadone of gambling.” (Previous anti-pokies campaigns have suggested giving problem players Naltraxone, which is used to treat heroin addicts.)

Rockloff cautioned that the evidence supporting this theory was, for the moment, entirely anecdotal. But the evidence was sufficiently compelling that Rockloff’s team is now conducting a randomized trial of 600 individuals aged 18-29 to determine how social casino app usage relates to their real-world gambling. The Victorian Responsible Gambling Foundation has provided $200k to fund the study.

Social casino apps haven’t always been viewed so positively in Australia. There have been efforts to ban their use, similar to the country’s ban on real-money online casino gambling. South Australia’s government was left red-faced a couple years ago after being forced to scrap a fear-based, evidence-free public service campaign that claimed social gaming was grooming children to become adult gamblers, despite actual studies that concluded such a belief was “out of touch with commercial and consumer reality.”