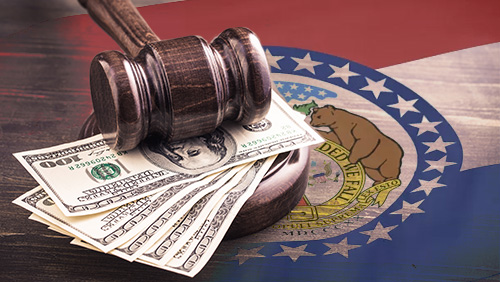 Missouri is home to around 14,000 video poker machines. The gambling devices would technically be illegal if they were considered to offer games of skill, but they have been able to operate on the fringe of the law because suppliers argue that they aren’t; that the outcomes of the game are predetermined. Since the games aren’t regulated, the state gets no tax revenue from them, which is potentially a loss of a serious amount of money. However, a lawsuit brought against one of the largest suppliers of the machines in the state could result in one of two things happening—either the

games being pulled out of the state or regulations implemented to give the government a cut.

A western Missouri prosecuting attorney, Eric Zahnd of Platte County, submitted his lawsuit against Integrity Gaming LLC out of Kansas after the company installed a handful of machines in local convenience stores in Parkville, the Associated Press reported. Zahnd is part of the games-of-skill camp and, while the debate continues, he is forcing the subject to the courts so it can make a decision. He explains, “We believe these sorts of machines are illegal under Missouri law. Ultimately, the court is going to have to decide.”

If the machines are banned, it could pave the way for legal slot machines to be put in their place, which would give Missouri additional tax revenue. It could also see the Missouri Gaming Commission take over the operation of the machines legally, as the commission is to begin lobbying to be included in all future state gambling expansion plans.

How they could be considered games of skill isn’t exactly clear. Play is very simple—insert money, pick a game and play. There’s no reading other players at the table, no way to predict the outcome and no opportunity to count cards. The result of each play is figured by the computer, not the player.

In October 2018, police confiscated the five machines that had been installed in the Parkville stores by Integrity Gaming, even though their status as illegal has not been defined in the state. The convenience store owners were left out of the drama, arguing that Integrity Gaming installed the machines (even though players have to receive cash payouts from store personnel).

The lawsuit against Integrity Gaming won’t be heard until the end of the year, which gives Zahnd a lot of time to drum up support. He already has at least one person on his side, Senate President Pro Tem Dave Schatz. He would like to see the games banned in the state and asserts, “They are starting to pop up more and more. We’re trying to figure out what’s the appropriate way to move forward.”