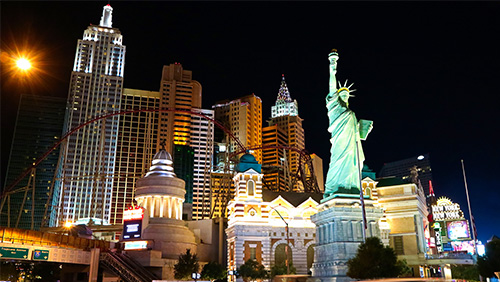 As various entities controlled by Station Casinos continue to ignore their employees’ move to legally unionize, supporters of those workers are planning on taking action. According to a press release from Bethany Khan of Culinary Union Local 226, pickets are being organized around the country, but they won’t be targeting Station’s properties. Instead, they’re going to target some the casino operator’s business partners.

Employees of Palms Casino Resort, as well as Green Valley Casino Resort, had agreed to unionize, following the proper legal protocol toward their goal. However, they have asserted that the venues are ignoring the efforts, prompting the National Labor Review Board to accuse Station of violating national laws. With no response brought forward by Station, the matter is heating up and employee supporters are going to put pressure on entities with which Station has business.

According to Geoconda Agüello-Kline, Secretary-Treasurer for the Culinary Union. “Station Casinos always said it would respect the rights of its employees to organize and vote for a union. Yet after workers voted to unionize by 78% at Green Valley and 84% at Palms, the company tried to overturn the elections and are now illegally refusing to negotiate.”

As a result, different UNITE HERE unions are going to picket companies such as the Stamford Branch of UBS AG, Bank of America and Citizens Bank, all of whom have financed, to some degree, Stations’ operations. In addition, pickets are being organized at the Raine Group and Harris Blitzer Sports & Entertainment, two business partners of Fertitta Capital. The latter is owned by Frank and Lorenzo Fertitta, owners of Station Casinos.

In addition, supporters will picket Nadeam Elshami, the former chief of staff for Nancy Pelosi who now lobbies for lobbying firm Brownstein Hyatt Farber Schreck, Station Casinos lobbyist Scott Bensing and various other individuals. The picketing will be found in Boston, Washington, Connecticut, Texas and, of course, Las Vegas.

According to federal labor laws, pickets are lawful against “any business or individual associated with an employer for the purpose of making the employer honor the choice of workers to unionize through a NLRB election,” according to the press release. Supporters of the casino employees previously picketed some of the partners of Station in March and April, including America First Action, Inc., a high-end law firm, restaurants and more.