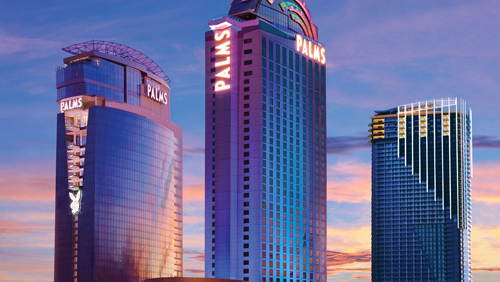 Most businesses in the United States develop a serious case of heartburn when the subject of unions comes up, but the workers’ groups are still a major part of the employment landscape in the country and have a serious amount of legal support on their side. As such, it’s always a better option to play nicely with the unions, but this doesn’t always happen. Case in point, the Palms Casino Resort, a casino in Las Vegas owned by Station Casinos, has just been found by the National Labor Relations Board (NLRB) to be breaking the law, which could have serious ramifications for the company.

According to a press release from Bethany Khan, the Director of Communications & Digital Strategy for UNITE HERE union affiliate Culinary Workers Union Local 226, the NLRB ruled last week that the Palms is illegally refusing to recognize and negotiate with both the CWU and the Bartenders Union Local 165. The three-member board voted unanimously to certify union elections that were held at the end of April, but the Palms is apparently not willing to acknowledge the legitimacy of the elections.

In announcing its decision, the NLRB stated, “By failing and refusing since May 17 to recognize and bargain with the Union as the exclusive collective bargaining representative of the employees in the appropriate unit, the Respondent has engaged in unfair labor practices… Having found that the Respondent has violated Section 8(a)(5) and (1) of the Act, we shall order it to cease and desist, to bargain on request with the Union, and, if an understanding is reached, to embody the understanding in a signed agreement. To ensure that the employees are accorded the services of their selected bargaining agent for the period provided by law, we shall construe the initial period of the certification as beginning on the date the Respondent begins to bargain in good faith with the Union.”

With the NLRB decision, union representatives now want action. The Secretary-Treasurer for the Culinary Union, Geoconda Argüello-Kline, states, “We demand that Station Casinos recognize their workers’ voices and votes at the Palms and begin contract negotiations in good faith immediately.”

A food server who has been with the Palms for 18 years, Melissa Zamarron, adds, “This is everything that we have been fighting for over the last four years. I’m excited to join negotiations with the workers from Boulder, Palace, and Green Valley Ranch. I voted YES because I want to be able to take care of my family with the Union health plan.”

Station Casinos, the third largest private employer in Nevada, has resisted the efforts of the employees to join the unions and has tried to stop the actions through legal channels. The company has consistently failed in its attempts but, even in spite of the latest decision by the NLRB, is apparently willing to ignore the law and will reportedly continue to fight against the unionization election results.