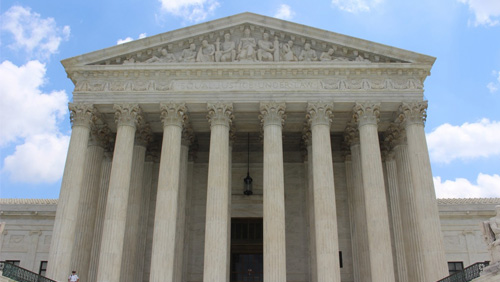 For ten years, “instant racing,” also referred to as historical racing, has been offered in Kentucky after the Kentucky Horse Racing Commission (KHRC) signed off on regulations allowing the gambling machines. All this time, there hasn’t been much said about them, although a debate over the legality of the machines, which are essentially slot machines whose winnings are determined by outcome of previous horse races, has continued to simmer. However, that debate is heating up and is now going to go before the Kentucky Supreme Court.

Kentucky doesn’t have legalized gambling, but Instant racing machines have been legal under the state’s pari-mutuel gambling laws, according to a ruling last October by Franklin Circuit Court Judge Thomas Wingate. An anti-gambling group, The Family Foundation (TFF), didn’t like that response and went directly to the Supreme Court the following month for it to make a determination, leading to the court’s decision to hear arguments.

According to the executive director of TFF, Kent Ostrander, Not one Kentucky citizen, not one legislator, not one legislative committee and neither of the two Chambers of the Assembly has ever voted to legalize these machines, yet we now have six ‘casinos’ authorized in the state.”

TFF is also raising questions about payments for $800,000 made by two gaming equipment manufacturers and several horse tracks in the state to a consultation company commissioned to test the machines. The KHRC was behind the commission of the test and its analysis, and TFF wants to know why the gaming companies paid the firm.

It’s going to take some time before the Supreme Court gets around to hearing the case, and will take even more for a decision to be made. TFF won’t need to submit its brief to the court until later this summer, and the KHRC and the tracks that offer the machines will then have 60 days to submit their rebuttals. Following that, there will be a day set aside in the court for oral arguments and, then, the Supreme Court will have to consider the information before issuing its ruling.

By that time, perhaps gambling will already be legal in the Bluegrass State. Lawmakers are considering several bills that would legalize the activity, but no one expects them to sail smoothly with no resistance.

Kentucky has four instant racing parlors. The newest is Derby City Gaming, which opened last September in Louisville and is a Churchill Downs-owned property. Two more are coming, including a facility in Corbin in southeastern Kentucky and another in Oak Grove close to the state’s border with Tennessee. That venue is a joint project between Churchill Downs and Keeneland, and is expected to open next year.

Keeneland already has one facility in the state, a gambling parlor at the Red Mile harness racing track. That venue, along with the other three currently in operation, took in over $1.8 billion in wagers in the current fiscal year, an increase of 82% over last year. This has resulted in a gross commission of $150.8 million and $27.2 million in tax payments. The revenue was also responsible for the $3-million purse at the Kentucky Derby. That purse is normally $1 million.