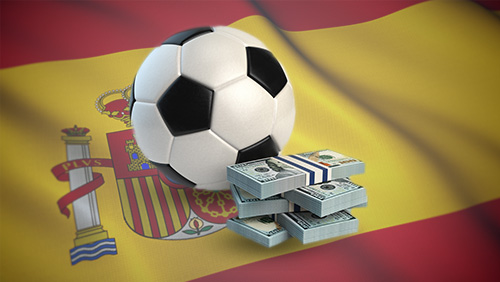 Spanish police believe that there might be a reason to suspect something was off with the recent La Liga soccer match between Valencia and Real Valladolid, and believe they have proof. They are now considering launching an investigation into Valencia’s two-goal victory, which some have argued came about through some back-alley deals. According to a report by Spanish news outlet El

Mundo, there is proof that the match was fixed and police could be looking at holding several players accountable.

El Mundo states that it has wiretaps involving seven players from Real Valladolid that prove that they were paid off to lose the match. The news outlet apparently has former soccer star Carlos Aranda, who has already been arrested for his alleged involvement, stating, “There were seven players bought, nothing more.”

Valencia also recently beat Huesca 6-2 in a match that some are saying was rigged. That defeat came following Huesca’s 2-1 loss to Real Betis in Seville, another match that was reportedly fixed.

Aranda retired shortly after the news of the match-fixing broke, as did former Real captain Borja Fernandez – he retired almost immediately after the match. So far, no team officials from either side have been implicated, but the investigation might reveal something different.

In addition to Aranda and Fernandez, the match-fixing could be larger than just local deals. There are reports that telephone calls intercepted during an investigation have ties to Italy. Allegedly, Mattia Mariotti, who ran an illegal gambling ring in that country, spoke directly to Aranda and told him that Ciro Immobile, a striker for Lazio, regularly placed bets. Mariotti also allegedly stated that a “delegation” from Italian team Frosinone would be willing to meet a few Valencia players in order to discuss the possibility of fixing matches.

Everything began falling apart during a previous investigation, dubbed the Oikos Operation. That police investigation had been designed to determine if a Huesca-Nástic game in the 2017-2018 season, and the recent Valladolid-Valencia game had been compromised. Reports of questionable bets prompted the investigation, which uncovered the rigged games. Former Huesca player Íñigo López has admitted that his team lost to Nástic because it “had a pact” with the team and has been suspended from Spanish soccer.