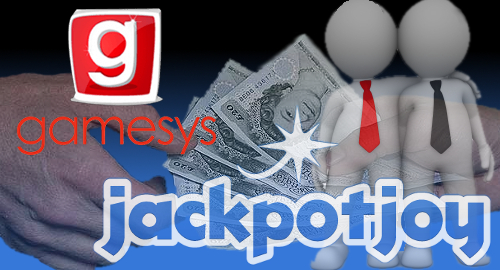 On Thursday, Jackpotjoy Group PLC (JPJ) announced that it had struck a nine-figure cash (£250m) and shares (£240m) deal to acquire Gamesys (Holding) Ltd. The ultimate plan is to combine the two companies’ operations into an enlarged entity that will operate under the banner of the Gamesys Group, which the parties believe will be large enough to enter the FTSE 250 index.

Gamesys really have to be applauded here for having essentially sold JPJ the same horse twice. In 2015, JPJ (then known as the Canada-based Intertain Group) paid £425m for Gamesys’ Jackpotjoy, Botemania and Starspins brands – just the brands, mind you – while allowing Gamesys a 10-year deal to continue supplying those brands’ underlying technology.

JPJ said a “previously planned alternative” to acquiring Gamesys outright was to “onboard operational staff” from the latter firm. But JPJ said this “internalization” scheme would have been “a significant distraction” and may have led to “conflicting strategies” between the two distinct firms.

Intertain began life as an offshoot of Canada’s Amaya Gaming (later The Stars Group) and immediately developed a relationship for mimicking Amaya’s spendthrift acquisitive tendencies. That resulted in an Amaya-sized debt load, which continues to plague JPJ to this day.

JPJ plans to fund the cash portion of its Gamesys deal by adding another £175m to its debt. JPJ expects the usual ‘synergies’ from the deal, although these will be limited to “single digit millions” in the first year following completion of the deal. JPJ also expects to “de-lever significantly in the medium to long-term,” although such a move would require JPJ to stop buying shiny things for a spell.