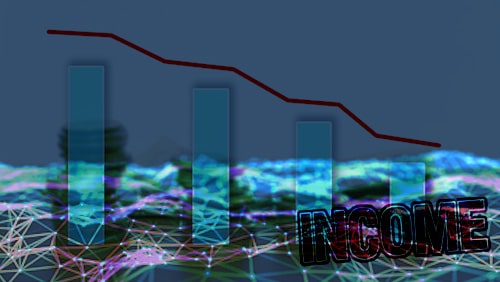 On March 17, Gamesys Group reported gaming revenue for 2019 rose by 34.7% over the previous year. That was the good news. The bad news was that the company still experienced a decline in net income, due to higher spending and foreign exchange fluctuations.

In a financial statement released by the company, Gamesys reported that gaming revenue for the 12-month period amounted to £415.1 million. That was a significant increase of nearly £107 million over 2018.

Costs and expenses for the year exceeded £381 million, a 47.6% increase over the previous year. These increased expenses came from a number of areas in the company, including distribution costs, which totaled £214.2 million, up £64 million from 2018.

Administrative fees jumped 40.7% to £147.4 million, including compensation and benefits, amortization and depreciation, professional fees, and general and administrative costs.

Despite the net income decline, chief executive Lee Fenton is excited about the company and its opportunities in 2020. “I am delighted with Gamesys Group’s strong financial performance in 2019, particularly given the significant work undertaken around the acquisition and integration of the legacy Gamesys business,” he said. “It was particularly pleasing to see the U.K. return to moderate growth in 2019 as we annualized the introduction of enhanced responsible gambling measures and we expect to see similar trends in 2020.”

One area where the company is expecting to enhance its experience is through the integration of Zendesk’s customer service and engagement platform. This gives the company the ability to look at players in different contexts, allowing them to provide a more personalized experience.