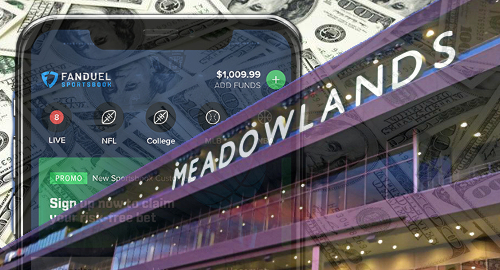 New Jersey’s regulated sports betting revenue took step back in May, even as online betting grabbed its largest share to date of the market’s overall wagering handle.

According to figures released Wednesday by the New Jersey Division of Gaming Enforcement (DGE), state-licensed betting operators reported revenue of $15.5m in May. That’s a step down from the $21.2m the state reported in April and the lowest revenue total through the first five months of 2019.

May’s overall betting handle hit $319m, a modest uptick from April’s $313.7m, bringing the year-to-date total to just over $1.71b. Digital wagering accounted for $263.5m of May’s total handle, equal to 82.6% of the total, up 1.6 points from April and the highest monthly percentage of overall wagering since the market launched last summer.

Put it another way: May’s digital betting handle was nearly 80% as much as the state’s retail sportsbooks have handled over the first five months of 2019. Something to consider for states – here’s looking at you, New York – that seem intent on authorizing purely land-based sports betting regimes.

The Meadowlands racetrack and its FanDuel and Pointsbet online partners once again claimed the lion’s share of betting revenue with $8.66m, of which $7.86m came via digital channels. For the year to date, the Meadowlands has accounted for nearly $53.5m of the market’s total $99.9m in betting proceeds.

Resorts Digital, whose operations include FanDuel’s nemesis DraftKings, ranked second with revenue of $4.1m in May. The land-based sportsbook at Resorts Casino Hotel didn’t help the numbers, reporting a net loss of $12k for the month, the only state-licensed book to operate in the red in May.

The Monmouth Park racetrack reported revenue of $1.35m, three-fifths of which ($817k) came via its online partners William Hill and PlaySugarHouse.

Ocean Casino Resort was a distant fourth on May’s depth chart with $604k, followed by Bally’s ($355k), the Borgata ($170k) and the Tropicana ($106k). No other Atlantic City casino reported returns topping six-figures.