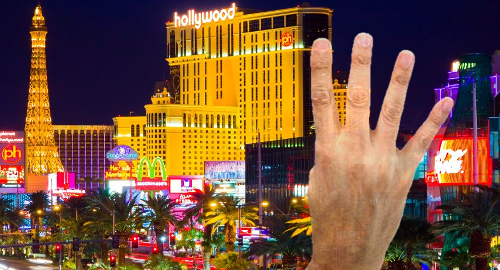 Nevada casino gaming revenue took another step back in the month of April as gamblers treated the state’s table games like they were ATMs.

Official figures released Wednesday by the Nevada Gaming Control Board showed total statewide casino gaming revenue hitting $936.5m in April, a 1.8% decline from the same month last year and around $87m less than the previous month’s result. This marks the fourth straight month — so, every month this year so far — that the state’s gaming revenue has endured a year-on-year fall.

The decline was more pronounced on the Las Vegas Strip, where gaming revenue was down 3.5% to $481.8m. Most of Clark County was also in the red, although downtown Vegas improved 2.1% to $61.8m.

Baccarat rebounded from its March swoon, posting revenue of nearly $66.8m, a modest 2.5% year-on-year improvement but it’s the first time since November that baccarat revenue has nudged upward, so they’ll take it.

The state’s sportsbooks reported total revenue of $21.65m, up nearly one-third year-on-year, although that sum was down one-third from March’s result. The start of another Major League Baseball season resulted in the books collecting just over $10m in revenue, a nearly 42% rise over April 2018.

The final games of the NCAA March Madness tournament and the start of the NBA playoffs didn’t have as positive an effect on basketball revenue, which was down 14.6% year-on-year to $7.8m. But ‘other’ sports shot up 123.5% to $8.6m, which helped offset laggard football fans cashing in $4.8m worth of overdue winners. The state’s race books had a down month, with revenue off 12% to $2.5m.