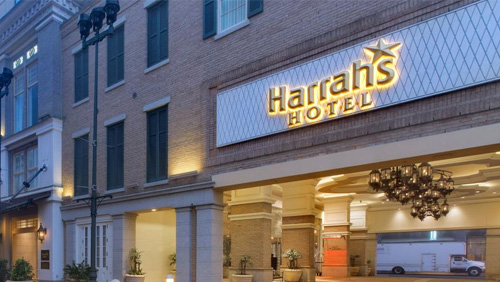 Louisiana could be trying to put the squeeze on Harrah’s and Caesars Entertainment. Harrah’s New Orleans has been looking for an extension of its casino license that would push it out another 30 years, but the state has already asserted that it would only consider such a deal if the casino were willing to commit to $325 million in investments. Now, the state is looking for even more money and has come at the company from a different angle—taxes.

The Louisiana Department of Revenue (LDR) believes that Harrah’s New Orleans owes the state up to $40 million in hotel taxes. The company certainly isn’t willing to take the issue lying down and is preparing for battle in Louisiana courts.

Harrah’s had allegedly made a deal with the Greater New Orleans Hotel & Lodging Association in 2001 that would allow the venue to avoid paying taxes on comped hotel rooms. The LDR doesn’t agree and even Governor John Bel Edwards doesn’t understand how it would be possible. He stated in a recent interview, “It’s my understanding that it’s state law that applies to all of these (New Orleans hotel) properties, and I don’t know how you would do that with respect to Harrah’s and not all of the rest.”

If a judge sides with Harrah’s, the decision could have permanent ramifications for Louisiana’s tax revenue from Caesars. House Bill 744, which covers the $325 million in investments that would be required by Harrah’s, also lets the company off the hook for all occupancy and sales taxes on comped rooms now and in the future. The bill reads, in part, “The memorandum of understanding and agreement with the Greater New Orleans Hotel and Lodging Association dated April 2019, shall provide for certain restrictions, relative to advertising of market rates and room taxes, for rooms that exist prior to August 1, 2018, and restrictions in the same regard that apply only to the additional rooms authorized by the MOU and agreement.”

If the courts decide that Louisiana is right and Harrah’s is wrong, Caesars may decide that it’s time to pull up the anchor and ship out of the state. Its gross gaming revenue has consistently dropped over the past ten years—$419 million to $288 million—and this, coupled with the large investment and tax bills may prove to make continued operations not economically sound. As Caesars is currently looking to find a buyer for its properties, there is also less of an incentive to make large investments.