The list of U.S. states hoping to get into the sports gambling industry continues to grow. Arkansas became one of the most recent states to enter the space, and two more are now working on legislation to grab a piece of the action. 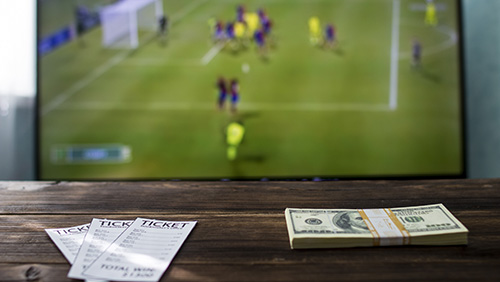 Alabama lawmakers are entertaining House Bill 315, the Alabama Sports Wagering Act. It was sponsored by Representative John Rogers and would authorize bets on “certain professional or collegiate sports or athletic events.” Most likely, based on that language, wagers on local collegiate games would be prohibited.

Sports gambling using a mobile application would be permitted and, if the legislation makes it all the way through the political obstacle course, Alabama would become the first Southeastern state to allow mobile sports gambling.

Licenses would run $100,000, with a maximum of seven to be issued. Gambling revenue would be taxed at 10%, close to what has been seen in other states.

Louisiana is also considering a sports gambling bill. The bill, Senate Bill 153, the 2019 Louisiana Sports Wagering Control Act, was pre-filed by Senator Danny Martiny before the legislative session got underway in an effort to give it as much time as possible to be reviewed.

Compared to most sports gambling bills, Louisiana’s approach is a little different. The bill would allow local municipalities to hold a referendum on whether or not those local communities want to have sports gambling in their area. If they choose to do so, gambling operators cold begin applying for licenses as early as January 2020.

The bill wasn’t very detailed and didn’t cover issues such as license fees or taxes. Without discussion on these topics, the legislation most likely won’t find much support.

In both states, the legislative sessions run through June, giving the bills over two months to be tweaked, altered and, perhaps, approved. Nonetheless, neither state has a strong history of being attracted to gambling, and this will most likely hurt the bills’ chances of clearing all the necessary hurdles.

Many states are looking to sports gambling as a way to increase their operating revenue. However, the activity has not been providing the windfall many had anticipated. For example, Rhode Island expected tax revenue of $11.5 million in its first year of sports wagers. However, after four months, it has only attracted $150,000.