Home / Business / Malaysia wants to get serious on illegal gambling 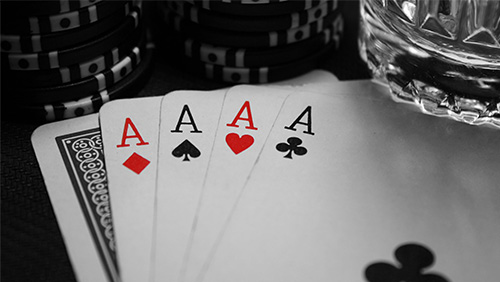 Illegal gambling in Malaysia has come under attack. The country’s law enforcement offices have stepped up their efforts to rid the streets of the activity, helping the legal gambling houses to enjoy better success. The efforts are just getting underway and more action is expected as police momentum builds.

According to The Edge Markets, the Ministry of Finance, Bank Negara Malaysia, the Malaysian Communication and Multimedia Commission and local police departments have been meeting with high-ranking members of the country’s government and gambling operators recently to discuss how to combat illegal gambling. According to one of the operators who attended, the country is “seriously looking into changing gaming laws” that will lead to even greater efforts to eradicate Malaysia of illegal gambling.

The unidentified operator added, “It is an ongoing process when it comes to looking at changing the laws. This has been looked at since 2017 but engagement with the industry and work have been expedited in recent months. Eventually, when everything is finalised, the government is looking at a timeline of as early as next year,”

Law enforcement is primarily going to start going after so-called illegal number forecast operators (NFO). An NFO is essentially the same thing as a multi-number lottery. According to some studies, the illegal NFO market is about two to three times larger than the legal market, but has seen a decline already this year thanks to the work of law enforcement and government agencies.

Not only are the illegal operators being targeted by the police efforts, but so are those that participate in the activity. Among the many topics being discussed is whether or not gamblers who engage in illegal NFOs should be arrested. Regulations could be coming that would see those individuals charged with crimes and either fined or put in jail. Maybank Investment Bank Research stated in April, “We understand that the legal NFOs are lobbying regulators to amend the Acts to not only prescribe higher fines and jail terms for illegal NFO [operators], but also fines and jail terms for illegal gamblers.”

Two authorized NFOs, Nerjaya Sports Toto (BToto) and Magnum saw their first-quarter results improve from last year. This improvement comes as a result of the crackdown, which intensified during the second half of last year and which is expected to keep the pressure on throughout 2019 and the following years.