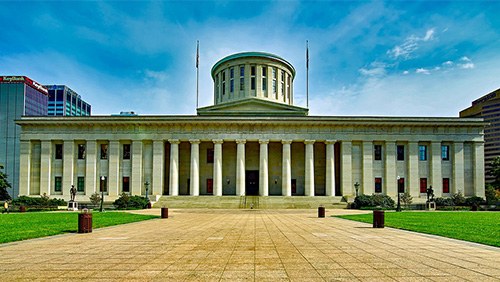 Ohio is close to legalizing sports gambling, but close doesn’t quite cut it. Whether a bill is two steps, or five, away from being signed into law, it still isn’t law. Disputes can happen at any turn, forcing any subject to a grinding halt. This is essentially where Ohio is now, with lawmakers unable to reach a consensus on several points. Sports gambling most likely won’t come to Ohio this year.

The General Assembly is considering two bills – one each from the House and the Senate. House Bill 194 (HB 194) and Senate Bill 111 (SB 111) each have their merits and are similar in a lot of ways, but the two chambers differ on a number of points in the legislation, including who will regulate the sports gambling industry.

The House bill has the Ohio Lottery Commission would regulate an industry that could contain as many as 1,000 sportsbooks across the state. The Senate bill, on the other hand, wants the activity to be controlled by the Ohio Casino Control Commission (OCCC). The Senate argues that the commission has the experience and expertise to control the activity and would want sports wagers to be available only at the 11 casinos and racinos licensed in the state.

SB 111 also allows mobile sports betting websites, which could prove to be powerful for gambling lobby groups. The bill establishes policies that require separate and secure sportsbooks at the casinos, with the activity being closely monitored by the OCCC.

However, limiting the activity to only the 11 facilities in the state could cause the plan to backfire and give more support for the House version. HB 194 allows sports wagers to be placed at all gambling facilities, including fraternal organizations and veterans’ halls, provided they apply for, and are approved for, an operations license.

The House believes that opening the industry as much as possible will help generate a substantial amount of tax revenue for Ohio’s schools. Casinos and racinos, under the bill, would pay an initial licensing fee of $100,000 and an annual renewal fee of the same amount. However, the vet facilities and fraternal organizations would only have to pay $1,000 each year. Gross gaming revenue (GGR) would be taxed at a rate of 10%. The Senate version sees an initial $10,000 license fee and $100,000 every five years. GGR would be taxed at 6.25%.

There’s still enough time for differences to be worked out. The Ohio General Assembly is in session until December 31, but the internal differences will certainly hinder any chance of the bill(s) advancing.