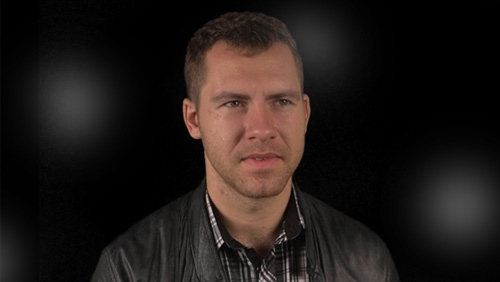 A live tournament double to bring you up to speed with including the Jungleman finishing the Triton Poker Super High Roller Series in Montenegro with a win, and Chris Moon taking down the Heartland Poker Tour Main Event in Chicago.

The Triton Poker Super High Roller Series in Montenegro was big. More than 1,000 entries, $42 million in prize money, and bowls full of goldfish amongst the salmon blinis and caramel chocolate ganache filled domes. All told, there were 12 events, 11 champions, and the last person to win a trophy was Daniel’ Jungleman’ Cates.

It’s been quite a fortnight for Cates, who broke the Internet after a team working at propelling his brand into the eyeballs of more people released a video of him cavorting semi-naked with a Playboy model, and then he teamed up with Tom Dwan for a spot of beer pong at the Maestral Resort and Casino.

But it’s on the felt that Cates’ narrative comes alive, and on the final day of Triton action before a two-month break, Jungleman won an unscheduled HK$300,000 (US$38,000) Short-Deck & NLHE Mixed Turbo.

The event attracted 27-entrants (inc. 10 re-entries), and Jungleman defeated Jason Koon, heads-up, to claim his sixth live tournament title, and his first since winning a Triton event in Manila back in 2016 for $359,229.

Three people would make money in this one with Mike Watson finishing on the stone cold bubble. It wasn’t a great series for SirWatts, who played in everything and only booked one minor cash, and at these stakes, that must hurt.

The first player to finish in the money was one of the players who won a title this week. Rui Cao’s AdKc lost to Cates’ aces for heaps, before 8d2d lost to Koon’s AsQh in a hand of No-Limit Hold ’em.

Cates would face off against Koon for the title.

The Triton backroom staff ceased filing, the Maestral’s chef’s stopped wrapping those blinis in aluminium foil. Everyone settled in for something special, and it was all over in a single hand.

During an interview with yours truly, as a masseuse rubbed his calf, I asked him what it felt like to compete against one of the best poker players the world had ever seen (referring to his HU clash with Ivey at this event in 2018), and Cates replied, “I don’t know, why don’t you ask him.”

From a man who’s over the moon to one called ‘Moon’.

It’s Moon’s first-ever win and his most significant score to date. Previous to this, Moon’s best score came as the runner-up to Joshua Marvin in the HPT Main Event in Soaring Eagle back in 2015 for $101,823.

Three other stars of the game who reserved seats at the final table but had to find something else to do included the two-time HPT Main Event Champ, Nick Pupillo (16th), HPT Main Event Champ and WSOP bracelet winner, Alex Ziskin (19th), and the World Poker Tour (WPT) Champions Club member, Ravi Raghavan (28th).