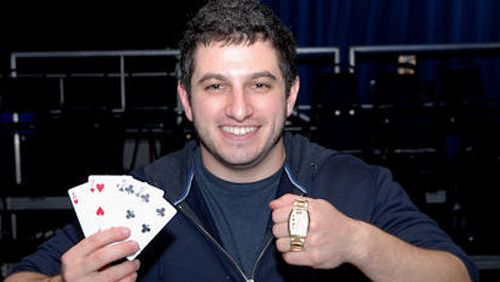 On January 22nd, Phil Galfond will take on the best of the best on Run It Once. In recent weeks, Galfond has been talking up any opponents’ chances as he searches for the five players he will take on in the New Year.

Galfond has found four of his five opponents in the #GalfondChallenge.

After confirming that he’ll play Bill Perkins, risking losing $1.2 million if he allows the whip-smart businessman and high rolling poker legend get the better of him.

After taking on Perkins, Galfond has now confirmed that he’ll get it in against Daniel ‘Jungleman’ Cates, in a PLO battle that should be one for the books. Galfond was playing cash poker in Bobby’s Room when he posed the question of taking part to Jungleman, who replied in his own inimitable style.

Galfond will take Jungleman on across 7,500 hands of €100/€200 Pot Limit Omaha, with another lucrative side-bet yet to be confirmed and all the action available to stream on Run It Once.

Jungleman may be Galfond’s second opponent now, but that honour originally fell to High-stakes PLO regular Fernando ‘JNandez87’ Habegger. However, while Habegger agreed to the bout on December 9th, he has since retracted his involvement, apologising to his fans. The game would have been PLO over 50,000 hands at blinds of $100/$200, but Habegger tweeted the reasons for his withdrawal instead.

On Friday, Galfond told the world about his third opponent, and it’s a very tough one for him.

Kids should be taught to watch out for three types of men in school. Firstly, strangers who offer them sweets. Secondly, men who wear a scarf indoors. Thirdly, and perhaps most importantly, they should avoid anyone who is making a tonne of money playing online PLO.

Poker Shares responded very quickly to this news, tweeting this image out, advertising that they have Galfond as the dog in the fight at +125.

The fourth match of the challenge to be agreed will be the first one played out in the live arena. Brandon ‘Adams is a player many others fear, but Galfond is taking him on at PLO again, with the stakes confirmed at $100/$200 between Galfond and the player known as ‘Dr. Octagon’ online. This time, $150,000 of Galfond’s extra cash is on the line against $100,000 of Adams’ pension plan, with that match scheduled to take place during the summer, possibly in Vegas. With little time before it kicks off, the Galfond Challenge will stream on Run It Once when it’s online poker, and in the case of Galfond’s fourth match against Brandon Adams, a streaming option is currently being sought.

We can’t wait to tune in.