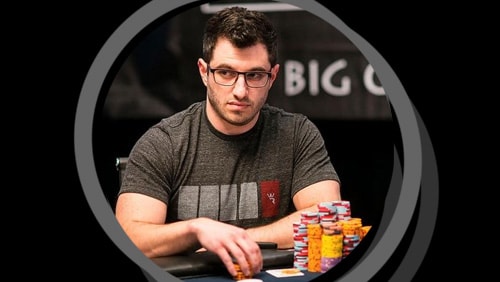 When Phil Galfond calls himself out as trash, as he did a few weeks ago, it could only mean one of two things. Either a) Galfond has had a crisis of confidence due to over-exposure to Baby TV or b) he’s after a do-or-die battle to once again prove what a poker God he truly is.

While there would be historic precedent for the first option to be completely justifiable, the poker world just found out that the latter is true.

While neither man is bereft of funds to the point where losing seven figures would leave them saving the ends of bread, and the prospect of a $1 million swing isn’t exactly “heads-up for rolls”, it’s still a big game to take part in, and with both men philanthropic and entrepreneurial in their lives, there’s no bad guy to root against, but there are two very good guys to cheer on.

It really is a case of picking your favourite. The game will be Pot Limit Omaha, at stakes of $100/$200 and take place across 50,000 hands. It’s one for the fanboys and fangirls, all right.

In the red corner (this is traditionally the challenger’s corner), Bill Perkins must be seen as a slight underdog. While not averse to playing at the highest of stakes and a multi-millionaire of such wealth that losing a million might not take the edge off his winning smile for even a second, Galfond has the experience to put him slightly in the shade. Perkins, however, will have help.

In the blue corner, Run It Once owner Galfond will see it as a great way of getting players to download the popular and growing poker site, upon which the game will take place in full. He’s not stopping at Perkins, with five more challengers to emerge from the field of streamers known as ‘The Thirst Lounge’ to join those battling Galfond himself in the game.

The money on the line is actually split into the stakes themselves and a pretty risky side bet.

Therefore, even our basic maths tells you that should Galfond lose the whole $400,000, he’d in fact be out $1.2 million. That’s a lot of nappies, and Galfond is putting himself right on the line, with his own wife and child if no-one else!

With ‘The Galfond Challenge’ starting in the first fortnight of January 2020, it’s not just the mammoth Aussie Millions schedule we’ll be tuning into in our thousands when it comes to taking in the best poker action in the New Year.