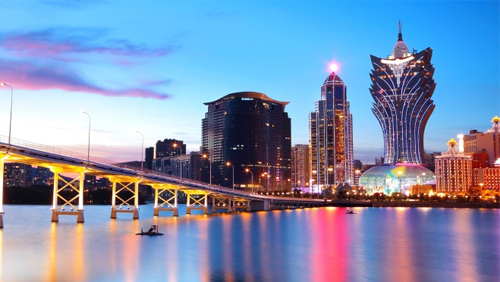 Macau’s gambling scene is being impacted by VIP growth in other regional areas, but there’s more to it than that. A number of factors have come together at once to create the “perfect storm” of reduced VIP revenue in the city and Grant Govertsen of Union Gaming believes that there is a “sustainable threat” to Macau’s economic future.

Govertsen points out that VIP growth has weakened not necessarily because it strengthened in other areas, but that the strength seen in those regions is because of the drop in Macau. That drop has been fueled by the ongoing US/China trade war, the new smoking ban in Macau, regional politics, a softer Chinese economy and junket maturity.

The analyst asserts, “The threat is real. Clearly, there is a growing realization that Macau VIP play (or, in some cases, liquidity) is bleeding to regional markets, with Cambodia and Vietnam being the primary beneficiaries. While history does, indeed, suggest that Macau VIP players will trial new regional properties and then ultimately come back to Macau, we think this time is different.”

For 2019, Union Gaming is not seeing good things for the VIP segment. Having previously forecast a recession of about 8%, it now expects the drop to reach as much as 15%. Mass-gaming, however, will be strong and the firm anticipates 10% growth, similar to what it had previously forecast. Overall, Macau’s gross gaming revenue (GGR) will be around -2% for the year.

Govertsen emphasizes that Macau’s tax structure isn’t helping, either. He explains, “A change to the tax environment in Macau. From a tax rate perspective, Macau is simply not competitive. The next highest effective VIP tax rate relative to Macau is South Korea, or a difference ~ 2,000 bps. Effectively 100% of that tax rate delta ends up in the pockets of the VIP junkets (and their agents, players, etc.) so it’s a no-brainer for them to chase higher commissions – especially in a soft macro environment. Given that regional properties are significantly more attractive than ever before, and as access to these markets is improving by the day, Macau is likely to bleed VIP market share until such time as the government brings the VIP tax rate closer to parity with the regional peer group. With the government targeting a no-extension policy for concessions post-2022, now is the time to open discussions on this topic.”

Next year will get better, though. VIP could increase by about 6%, while mass gaming will continue at its expected pace of 10% growth. Full-year GGR could finish at around 8%.