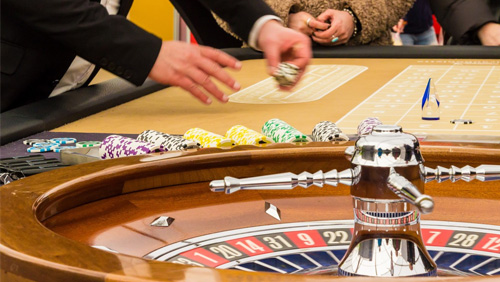 The drop in gross gaming revenue (GGR) in Macau is nothing more than a temporary glitch that doesn’t have local authorities concerned. It should correct itself in the near future and Morgan Stanley expects next quarter to see an increase in at least one segment, VIP gambling.

The banking and financial analyst firm indicates in a recent note that VIP gaming will most likely recuperate and has not been as impacted by cannibalization in other markets as many have asserted. Praveen Choudhary, a Morgan Stanley analyst, explained in his note, “Cambodia and the Philippines VIP business have grown significantly in the last two years and might give an impression that they are taking share from Macau. However, if we add Singapore, Australia and Saipan, we realise that the percentage of VIP revenue from regions (other than Macau) has remained fairly stable at around 30 percent of the total VIP revenue in Macau. Thus, one cannot blame overseas leakage for recent Macau VIP revenue growth slowdown.”

He further stated, “The majority of VIP gaming revenue in the Philippines is proxy betting, which is not allowed in Macau and thus it is not a result of cannibalisation. We conclude that Macau VIP revenue could remain resilient despite leakage to ASEAN [Association of Southeast Asian Nations] countries and should recover in second half 2019.” Proxy betting refers to an activity that has one individual placing bets for another in a remote location, usually over the phone or through instant message instructions.

Choudhary adds that the slowdown seen this year was, in part, a result of a liquidity shortage in the second half of last year. He states, “Some of the liquidity indicators have started turning around recently, with China M1 reading for March being 4.6 percent, better than the reading in January of 0.4 percent. Based on our analysis, China liquidity indicators lead Macau VIP revenue growth by around six months, and thus we expect VIP recovery to be visible by the third quarter of 2019.”