Melco headquarters could move to Japan

Japan will, most likely within the next year, begin to decide on the first three locations for an integrated resort (IR) in the country, as well as who will manage those operations. One of the casino operators that has been high on the candidate list is Melco Resorts and it even started hiring employees late last year in preparation of being accepted. Now, the company’s chairman and CEO, Lawrence Ho, has upped the stakes, asserting that he, along with Melco’s headquarters, will relocate to Japan if the company is chosen. 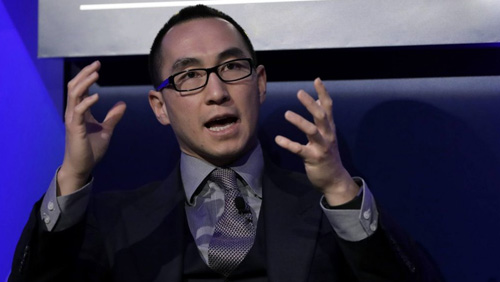 Melco is currently headquartered in Hong Kong and Ho has hinted at a possible move to Japan in the past. However, during a Japan Gaming Congress presentation in Tokyo last Thursday, he reasserted his decision and “officially” made it public. He stated, “If we win a license to develop an integrated resort, I will personally move to Japan, my executive team will move to Japan and our head office will move to Japan.”

Melco has already allowed the world to sneak a peek at what it has in store should the company be chosen to operate an IR in Osaka. The venue, which is still being conceptualized, would be centered around a MICE (meetings, incentives, conventions and exhibitions) space that is “not just big but offering extraordinary experiences,” according to Melco VP, Design (Japan) Pim Robberechts.

The property would span over 121 acres and would be located on Yumeshima Island in Osaka. It would include one of the largest gardens ever constructed in Japan, six hotels with about 1,000 keys each, a water-themed amusement park, gambling facilities and other attractions.

Melco has always been seen as a favorite contender because the company has relatively deep pockets with little long-term overhead. Ho has said that he is willing to spend $10 billion or more on the project, which is a similar amount offered by Melco competitors, but Melco says its plan is better. Las Vegas Sands is in the running, as well, and Melco says that the MICE model the company used for its Marina Bay Sands venue in Singapore won’t work for Japan.

Robberechts has intimate knowledge of how Sands operates – he is the former Senior VP of Design for the company. The executive explains, “What we are planning to build here is nothing short of extraordinary, the new generation of integrated resorts. Having built many of the previous generations of MICE facilities around the world, I feel well qualified to comment on what this new generation of IR needs. I’ve heard a lot of comparisons between Marina Bay Sands Expo in Singapore and what Japan needs. Well, having led the team that designed and built MBS at the time, I can tell you for a fact that the same model isn’t good enough for Japan.”