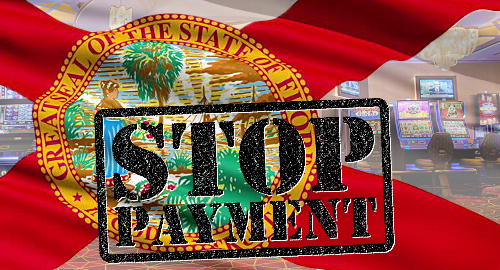 Florida’s Seminole Tribe has exercised its nuclear gaming option, choosing to halt casino revenue-sharing payments to the state after legislators failed (again) to reach a deal on revising the local gaming market.

On Tuesday, the Tallahassee Democrat reported that the Seminole leadership had sent a letter to Gov. Ron Desantis stating the tribe’s intention to stop sending the state its share of revenue from gaming operations at the tribe’s six Florida casinos, effectively blowing a nearly $400m hole in the state’s annual budget.

The letter, written by tribal council chairman Marcellus Osceola Jr., emphasized that the tribe and the state “have enjoyed a good relationship and we are hopeful that we will be able to reach an agreement that will strengthen that relationship for many years to come.” Nonetheless, Osceola Jr. believes the state has failed to live up to its end of the bargain, so the payment taps are being turned off.

DeSantis has yet to publicly comment on the tribe’s move but Barry Richard, who acts as outside counsel for the tribe, told Florida Politics that the next move in this game was “the state’s call.” If the state was to stop the “infringement” of what the tribe maintains are its exclusive rights to certain gaming products, “then the tribe is obligated to resume payments” to the state.

The tribe and the state reached a temporary deal in April 2019 to continue the payments in the hope that the state could corral Florida’s other gaming stakeholders into a sweeping reform of the market.

Of primary importance to the tribe was eliminating the so-called ‘designated-player’ games at some pari-mutuel cardrooms, which the tribe maintains – and courts have agreed – violate their exclusive right to house-banked card games. The tribe maintains the state has failed to honor its pledge to ‘aggressively’ enforce the tribe’s rights in this regard.

And, in news that came as absolutely no shock to veteran Florida gaming observers, the state proved incapable of herding the gaming cats into the fold and approve a new gaming compact before the 2019 legislative session concluded. The past few years have proved to be a Groundhog Day of gaming futility and 2019 proved no different.

This year’s failed effort was further complicated by the possibility of legal sports betting, which would have largely fallen under the Seminoles’ control, with non-tribal pari-mutuel tracks acting as ‘affiliates’ of the tribe’s betting operation.

In his letter to DeSantis, tribal chairman Osceola Jr. said the Seminoles believe the compact and related legislation developed with Senate leadership would have resolved the issue of the designated-player games and would have been mutually beneficial to both the state and the tribe. However, Osceola Jr. said the tribe respected DeSantis’ desire to “review the issues and to resume discussions this summer.”