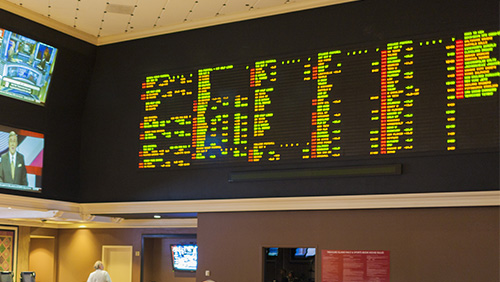 Sports gambling legislation in New York State continues to push forward, even though everyone is almost certain Governor Andrew Cuomo is going to block any bill. A Senate committee approved a piece of legislation Monday that would allow online platforms to be created by brick-and-mortar casinos in upstate markets and the legislation will now move to its next stop, the Senate

The bill’s sponsors believe, based on legal input, that New York can introduce sports gambling expansion without requiring input from state residents. On the other hand, Cuomo is insisting that the state’s Constitution requires a public vote, and has said that he would most likely not sign any sports gambling expansion bill. At the same time, several horseracing tracks and racinos have voiced their opinion that the expanded sports gambling could impact their operations. The link between their opinion and the governor’s position is most likely more than just a little tenuous.

New York Senator Joe Addabbo, sponsor of the bill and the chairman of the Senate Racing and Wagering Committee that just approved the bill yesterday, recognizes that there is a lot of work to be done. He explained to reporters after the vote, “This is a cement that’s nearly not yet hardened and hopefully we can mold it, and hopefully we can mold it to be more inclusionary.”

The horseracing tracks and racinos are controlled by the New York Racing Association (NYRA), which already allows bets to be placed through mobile apps. Addabbo believes that it would be possible for the gambling industry’s different elements to merge and explained, “It’s the future of our state that maybe we include horse racing in with the gaming. We need to streamline our gaming industry. This may not be phase one, it may not be tomorrow, but in the future I envision we streamline and reform the industry by including horse racing.”

If lawmakers can move quickly enough on the bill—and convince Cuomo that he’s wrong—expanded sports gambling could come before the start of the next NFL season, which would be a huge bonus for the state’s coffers. However, the legislative session wraps up toward the end of June, which doesn’t necessarily leave a lot of time for everything that needs to be accomplished.