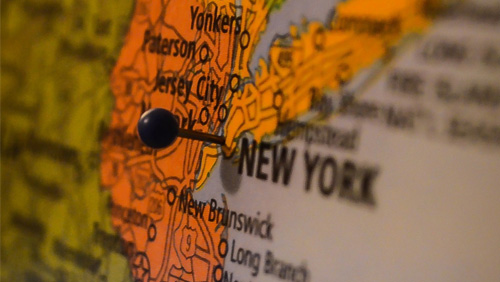 Sports leagues can breathe a little sigh of relief. As New York lawmakers are debating two sports gambling bills that could introduce mobile betting to the Empire State, their “integrity fee” has

remained intact. The bills have undergone a number of changes and were introduced at the end of last week, but the leagues will always be given their cut if the bills are approved as they stand.

Senator Joe Addabbo and Representative Gary Pretlow have been pushing for the expansion of legalized sports gambling in New York, including the introduction of mobile platforms. They have submitted identical companion bills to their respective chambers and believe that lawmakers have the ability to approve sports wagers without the need for a change to the state’s constitution. Unfortunately for them, however, Governor Andrew Cuomo is not in agreement.

In changing the two bills, the license fee was set at $12 million. It is the most expensive license in the U.S.—higher than Pennsylvania’s $10 million—but the population in the state, which is greater than either New Jersey or Nevada, could justify the amount. In addition, gross gaming revenue (GGR) on mobile wagers would be taxed 12% and land-based wagers, 8.5%.

To protect residents and prevent gambling from becoming a problem, gamblers’ accounts will be frozen if they exceed $2,500 in deposits. The account holder will have to acknowledge the amount in order to have the account unfrozen, and will also have to determine whether or not to establish responsible gaming deposit limits.

The integrity fee for the sports leagues remains in play. If the bill passes as it is currently written, New York would be the only state in the U.S. to authorize the fee when legalizing sports gambling. Pretlow kept the integrity fee as part of the bill to keep the leagues (and certainly some politicians) happy, explaining at a Betting on Sports (BOS) America conference in New Jersey last week, “I do think that the leagues supply the product, and they should be entitled to something. And they will experience some additional expenses. Now, it’s been said that the value of sports betting is going to increase [the leagues’ revenues] exponentially. But to keep labor peace, peace in the world, peace in the Middle East—I threw them a bone.”