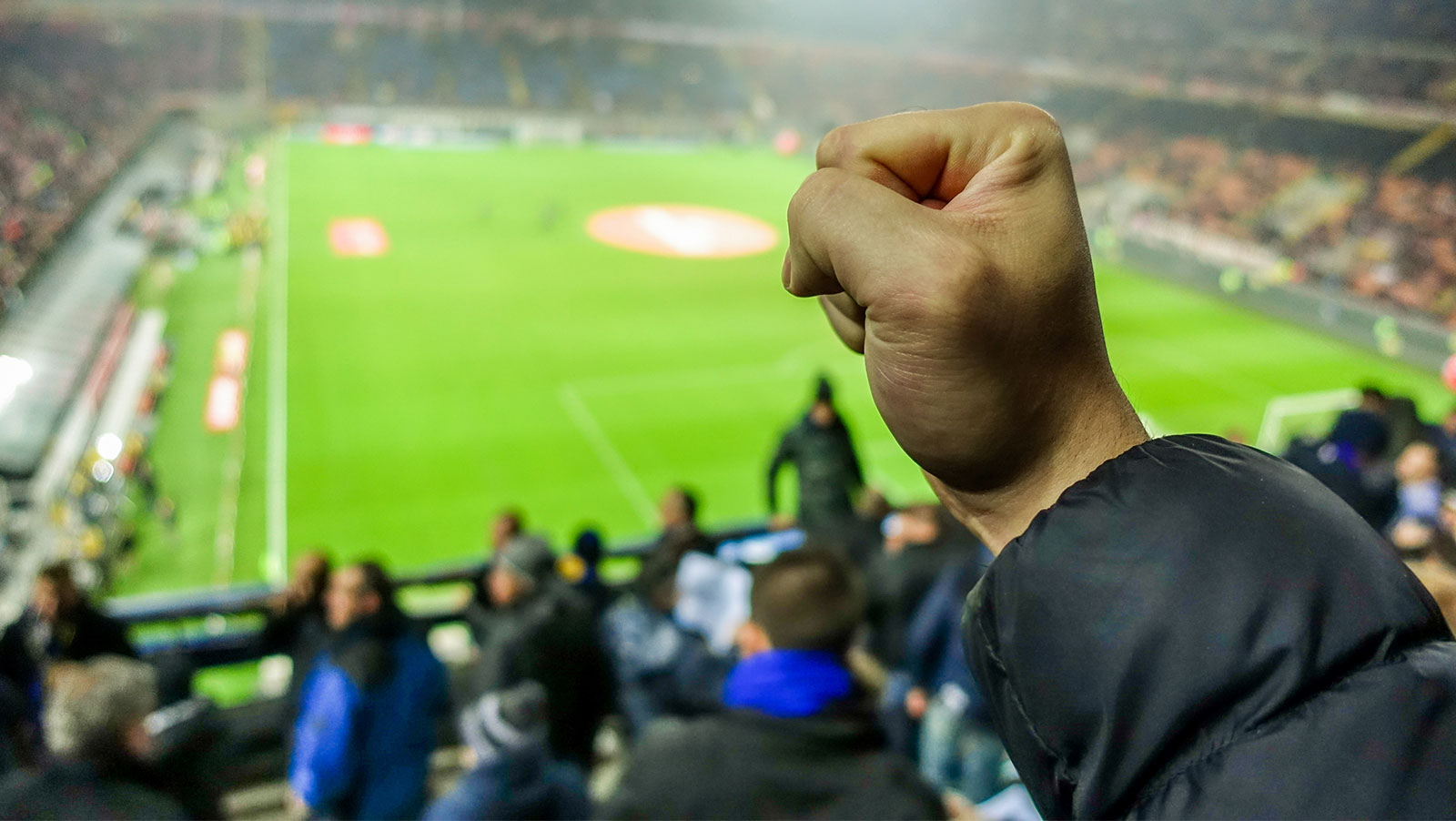 A specter is haunting professional sports in the United States. It is the specter of sports betting.1 Both at the professional and college level, for  players, owners, and leagues. For generations, involvement with gambling on any level was professional suicide for any player, any owner, for any person connected in any way with big league and pro sports. It meant dismissal, disgrace, banishment for life. Just ask Pete Rose.

The actual reasons for this gut level attitude go back far beyond any particular scandal or incident, All the way back to 19th century England, where the so-called public school system (actually private) was set up to produce useful, Christian, patriotic citizens. One of the pillars of this system was team sports. “Mens sana in corpore sano” ran the phrase: healthy mind in a healthy body . While much of what passed for professional sports in those days (racing, boxing, cockfights, etc.) was shot through with corruption, payoffs and dirty tricks, the gentleman amateurs playing cricket and rugby and soccer would set the example of fair play and good sportsmanship. And thereby change society for the better.

This legacy, the idea that sports are good for society continues to exert powerful  influence all over the world. The idea that sports are something special and virtuous translates hard dollars. Lots of ‘em. Pro sports stadiums and arenas are routinely financed from taxpayer funds, even in cities that can’t really afford it. Professional sports enjoys relative immunity from antitrust and labor laws. To tell it like it is, pro sports gets a pass where other industries and interests are taxed and regulated to a fare-thee-well.

So, naturally, any attempt to undermine or corrupt a team or a sporting event was- and ia- regarded  not merely as an attempt to throw a game or two. It was an attack on the very roots of decency and civic virtue.

America’s worst brush with such corruption was a full century ago, during the 1919 ” Black Sox scandal” Baseball had become a popular favorite, with home teams whose best players enjoyed practically rock star status. What they did not enjoy, however, was rock star salaries.  The team owners of that era were notoriously cheap. The lack of lucre was an obvious source of temptation. Which temptation was exploited to the limit by one Rothstein, one of the founding fathers of American organized crime (a major organizer of Prohibition era bootlegging, among many other shady enterprises).. So poorly were the players paid, that $10,000 per man was more than enough to throw the World Series. This was not the beginning of the stigma associated with professional betting and professional sports, but it was certainly the most egregious and the most public. As a result, any chance that professional sports leagues would cooperate or associate in any way with gambling and gamblers, licensed or not , was completely off the table.. Involvement in gambling became the Mark of the Beast. And so it remained for a hundred years.

But many of the aspects of big-league and professional sports have changed since then, and changed “bigly”( to borrow a term from our current Commander-in-Chief, the only President to have owned a string of casinos). For starters, a gambler looking to throw games would run aground on today’s players. Somebody who commands a multimillion dollar salary, not to mention popular fame and  extra income streams from endorsements, brands, and so forth, is hardly likely to throw it all away on a one-time cheap bribe.

Nevertheless, a certain amount of doubt still clings to anything that even touches gambling. Las Vegas has broken with a long tradition by acquiring teams for the NHL (Golden Knights) and the NFL (the Raiders, formerly of Oakland and LA). When the Knights turned into serious contenders for the Stanley Cup, sure enough, the headline coverage was not about the obvious story, the Cinderella tale of a neophyte team going all the way to the finals. No, it was all about the effects on sports books and bookies, with a nod here and there to the extra enthusiasm of spectators who also have some money on the line. (As though that hadn’t been already happening for decades,.)

Nevertheless, this doubt and lingering wisps of bad reputation will have to be dealt with, early and effectively. For if there is one sure bet about all this, it’s that sooner or later, a spectator who has gambled his shirt away will cry “foul” and allege fixing. It’s hard to say what an effective prevention would be, inasmuch as multiple sets of state laws and regulations will figure into any such controversy. But it is clear that a strong effort must be made to reassure the sporting (and gambling) public that everything is on the up-and-up, and going to stay there.

As with casino gambling, there might be voluntary exclusion lists. A given player’s bets, especially online, could be monitored so that when a certain threshold is crossed- say, so many dollars wagered per day, so many bets per hour- that player receives a message pointing out that he’s playing a little heavy, and could probably do with a break. But these would be administered by the operators and the regulators, rather than the leagues.

But there are confidence builders that the major leagues could apply. The first one is a negative: something the leagues would be better off not doing. This refers, of course, to the “integrity fees” that the leagues, particularly the NBA, began to demand as soon as legalized sports betting became a real possibility. Integrity fees are peddled as a sort of bond the wicked gambling operations must pay to ensure they don’t get up to anything. Ironically, however, today the doubts about integrity tend to fall on the teams and their representatives. Licensed gambling operations are some of the most regulated, inspected, and audited businesses in the world. Also some of the most heavily taxed. Today, gamblers and gambling operations are not running around bribing players. Some players, however, show unfortunate tendencies to DUI, domestic abuse, and even an occasional drug infraction. The leagues themselves often engage in some pretty sophisticated wheeling and dealing in order to get state and city subsidies for the new stadiums and arenas that apparently just can’t wait.  Never mind if they add to a broke city’s debt load.. Never mind if the team in question decides to take off for greener pastures and leave local taxpayers holding the bag. Integrity should and must be guaranteed- but it’s not just the gamblers who need to guarantee it.

Nor are the amateur sports completely pure beyond question. For years there have been complaints about the NCAA, that it makes billions off the efforts of unpaid help- to wit, the college athletes. Of course there’s the counterargument that these same athletes are getting a free ride through college, with perks and goodies well beyond the reach of the average college student.

But if there must be integrity fees, they should be properly calculated. Many people not directly associated with gambling don’t understand the difference between “handle” and “revenue” also known as “the hold” Handle means the total amount of money that passes through the system. But the important thing to remember is that most of that money does not remain in the operator’s hands. Winners have to be paid first. Then there is overhead- wages, taxes, fees, and all the expenses associated with running the operation. The average “hold”-also known as gross profit-  for a sports book is about 5%.. But the leagues, particularly the NBA, want an integrity fee of 1% of the handle, not the hold..The way things pencil out, a 1% cut of the total handle translates to 20% of the hold. A 20% loss, on top of all the other fees, expenses, taxes, and overhead, would spell financial ruin for many sports betting operations. Too many fees kill the Golden Goose.

And in any case, when the Supreme Court struck down PASPA, it took away sports leagues’ primary leverage. Under PASPA, leagues had a right to sue states which attempted to inaugurate sports betting. But that’s gone now. And that may lead to yet another complication. Some states, like Illinois, may agree to pay “integrity fees” (this is going to be run and supervised on a state level, after all) and others, like New Jersey, may not. Which would mean unequal burdens on interstate commerce, something forbidden by the Commerce Clause of the US Constitution. In other words, back to the Supreme Court, for however many years that’s going to take.

1  Apologies to Karl Marx (Never thought I would say that)