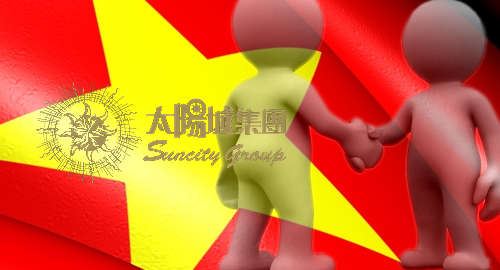 A publicly traded affiliate of Suncity Group, Asia’s largest junket operator, has struck a deal to manage casino operations at its in-development integrated resort in Vietnam.

On Monday, Suncity Group Holdings Ltd announced that its wholly owned subsidiary SGMC (Hoi An) had inked an exclusive deal to provide management services to the casino and food & beverage facilities of the Hoiana integrated resort when the project opens its first phase in October.

The Hoiana project, which is based near the city of Hoi An in Quang Nam province on the country’s central coast, is a joint venture of Suncity Group Holdings, Hong Kong conglomerate Chow Tai Fook Enterprises and local real estate developer VinaCapital. Suncity Group Holdings owns a 34% slice of the project.

The new deal, which covers an initial 10-year term plus options for a 10-year extension subject to both parties’ approval, calls for SGMC (Hoi An) to establish rates for Hoiana’s gaming and other facilities, purchase the necessary gear to run these operations, hire the necessary staff, prepare budgets, issue invoices and collect fees from customers and operators.

In exchange for these services, SGMC (Hoi An) will receive an annual incentive fee equal to 6% of the property’s gaming earnings. SGMC (Hoi An) will also get a base management fee consisting of 3% of mass market gaming revenue, net of VAT.

As for the food & beverage management fee, SGMC (Hoi An) will get 3% of annual gross F&B revenue plus an incentive fee equal to 6% of F&B earnings.

In its initial phase, the Hoi An project is expected to generate up to 75% of its gaming revenue from VIP clients, so the venue will rely heavily on junket operations, including Suncity Group, the privately held sister company of the publicly traded Suncity Group Holdings. Last month, Suncity Group announced that it would invite up to six rival junkets to establish a presence at the Vietnamese resort.

The Vietnamese project was the first foray into casino management/ownership for Suncity, but the company has similar irons in the fire in other Asia-Pacific markets. The company recently boosted its stake in Russia’s Tigre de Cristal casino to nearly 28% and will oversee gaming operations at the in-development Golden Sun Sky casino in Sihanoukville, Cambodia.