The Mouthpiece: A sea change for seabiscuit?

“[H]e who lives must be prepared for changes.”

It wasn’t supposed to happen. Not once in 145 years has there been a claim of foul that stuck against the winner of the Kentucky Derby. This time, 2019, things were very different. There was a protest, and the Churchill Downs stewards disqualified the apparent winner, Maximum Security. They gave the win to the place horse, a long shot named Country House. Worse yet, the owner of Maximum Security publicly appealed the ruling. And lost. Veterans of the thoroughbred industry were mortified. If the Kentucky Derby stands for anything, it is for horse racing as a class act. The image of the Sport of Kings is not well-served by squabbling in a tone better suited to a small claims court. 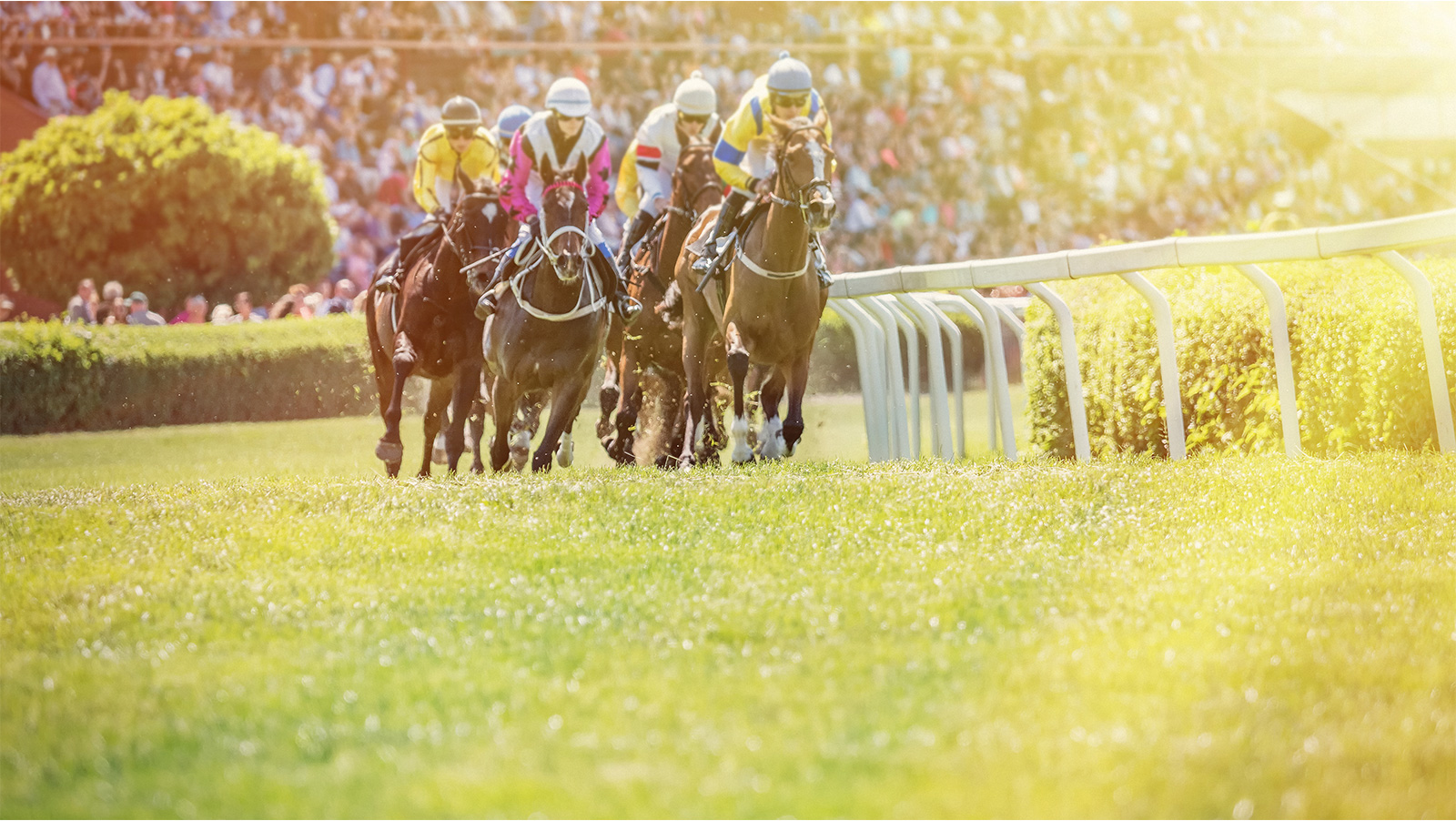 And it looks like something else besides reputation and dignity will change for the horse game. As state licensed sports betting begins to take hold in the USA, the venerable institution of pari-mutuel wagering may soon be eclipsed, or disappear altogether. This is strange territory for most of the horse racing world. Pari-mutuel wagering is used in the USA, Britain, Ireland, Canada, Australia, New Zealand, Hong Kong and France. Japan uses the system not only for horse bets, but for bicycle, hydroplane and motorcycle races too. Pari-mutuel is used for greyhound races in the USA and New Zealand, but that sport is losing popularity, largely due to accusations of cruelty by such groups as PETA and the ASPCA.

The pari-mutuel system was invented about 1870, and and soon spread through most of what was then the British Empire. It came to the United States in force during the late 1920s. It was touted (to borrow an old betting term) as a more transparent and benign form of betting. Since the race track audience shrinks every year, especially in the USA, readers may need an explanation of how the system works.

In traditional fixed-odds betting each wager stands alone. Let’s say you go to a bookie and bet on the Boston Bruins to win the Stanley Cup this year. If you bet at odds of 10 to 1, the terms of the bet and potential payout are fixed then and there. It doesn’t matter who else bets, how much or at what odds. Either you win or you don’t (mostly you don’t).

But in the pari-mutuel system, the bettors don’t play against the house, they play against each other—that is, all bets on a particular horse are pooled. In the American Totalizator system the betting goes on until just before the event takes place. And the more money that is bet on a particular favorite, the SHORTER the price becomes. And this is why horseracing was able to come back, especially in the USA, after a siege of Victorian respectability almost wiped it out. Betting with pari-mutuel system meant that no one could collect a killer jackpot at long odds. But at the same time, it made sure no one would be ruined by betting unless he was really determined.

Betting on the ponies became accepted, even fashionable as movie stars like Clark Gable and Bing Crosby owned racehorses and frequented the tracks. (But never truly respected. It is, after all, Wicked Gambling).

Thus from the 1920s to the 1960s, thoroughbred and trotter racing used to be the only game in town for the American betting public. There used to be more horse tracks than baseball parks in this country. Almost every major city in the USA had its own race track—sometimes several. And the clientele was reliable, especially on weekends. Back when the Rust Belt was still the Steel Belt, big industrial towns like Cleveland and Youngstown were a steady source of steady players, workers with good union jobs. And people from all walks of life frequented the track, too. It was a fun afternoon. And for somebody who liked to bet, this was the only legal way to do it, unless you wanted to traipse all the way to Vegas.

Now for a long time, in an America, that had just left the horse-drawn era, horseracing enjoyed a built-in audience. But that changed. A perfect storm of economic and social trends steadily eroded horse racing’s primacy. Ever since the days of Henry Ford, the number of people who go to the track just to enjoy the horses steadily declined. Cities grew and expanded, until racetracks that used to be on the outskirts of town found themselves in the middle of dense neighborhoods—many of which became bad neighborhoods. Pro football and basketball grew into the mega industries that they are today (a lot of this growth was due to betting, but the big leagues don’t exactly stress that).

And the competition was not just for an audience. America’s attitude toward gambling became more tolerant, so next came competition for the money, too. In 1963, New Hampshire resurrected the state lottery, which had been in disfavor since the Louisiana lottery scandal of the late 19th century. Lotteries came to state after state. Casinos spread to Atlantic City and New Orleans. Indian gambling became legal. In 2013, state licensed Internet gambling became real as New Jersey, Delaware, and Nevada offered online poker and some casino gaming. Finally, the last wall came down when the Supreme Court struck down the PASPA law in the case of Murphy v NCAA in May 2018. 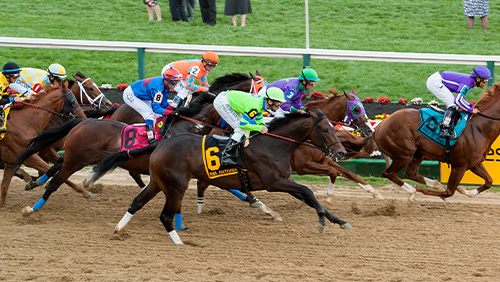 Horseracing, on the other hand, did comparatively little to keep up with the times and ensure a steady growth of clientele. Off-track betting was legalized in the USA by the Interstate Horse Racing Act of 1978. This soon became a nationwide, even international network as the states pooled their customer bases. This new system quite likely prevented the total collapse of the horse racing industry in the USA.

So today, we find the tail is about to wag the dog. Horse racing, which used to have a virtual monopoly on US gambling, is being challenged as never before. Even with online networks, horse racing is falling ever further behind in the race for the consumer’s gambling dollar. In 2015, the pari-mutuel handle for American horse racing was something like $15 billion. It has remained pretty much at that level. By comparison, state lotteries took in over $70 billion in the same period. Once, going to the races was almost as popular as going to a baseball game. Today, only 1% of America’s gambling public rate the ponies as their number one sport.

Horse racing’s popularity today is nowhere near that of other pro sports. Today it is at about the same level as women’s soccer or track and field.

Indeed, there are now calls to scrap the pari-mutuel systems altogether, and make horse betting a fixed odds operation, just like betting on pro sports teams. Australia has already done this, so there is a template to use. It would make tracking and regulating easier if every type of gambling used the same system to place bets and pay out.

But changing from pari-mutuel to fixed odds promises to be time-consuming and difficult. For one thing, the pari-mutuel system has been in use for almost 100 years now (about 140 in New York). It’s what both the betting public and the operators understand, and are used to. State governments get steady revenue streams from pari-mutuel wagering, even though they might not be gigantic. Like all gambling in the USA, pari-mutuel licensing is done at the state level, and powerful lobbies have been built around it, in statehouses across the nation. And so here’s a last unanswered question: What would happen if some states switched from pari-mutuel to fixed odds horse betting, while other states did not? Would the existing OTB networks and programs be able to function after such a split?

Whether or not the American system of pari-mutuel betting survives the introduction of state licensed, broad-based sports betting is still very much up in the air. But one thing is painfully clear: things cannot remain the way they are. The challenge is the same for racetrack operators, owners and trainers, and the lawmakers who oversee it all: they must make a deal with the future, while there is a deal still left to make.

(Full disclosure: the author is the proud son of a professional thoroughbred trainer. Dad, God rest him, was in the game sixty years.)