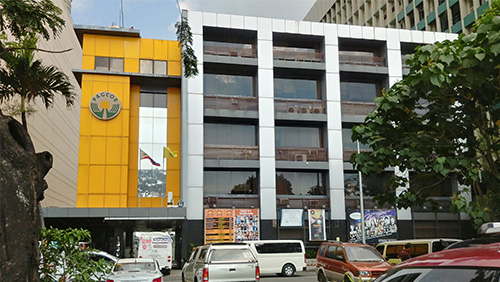 In what might seem like a case of déjà vu, the Philippine Amusement and Gaming Corporation (PAGCOR) has once again been ordered to issue a license to Waterfront Philippines Inc. for a new casino resort. The Philippines Court of Appeals (CA) sustained its earlier decision ordering the regulatory body to do so, reports the Manila Standard.

In an April 22 decision, the CA dismissed PAGCOR’s appeal against their December 3 ruling that ordered the same thing. As a result, the regulatory body must issue the license allowing Waterfront to build its planned resort in Entertainment City.

“After carefully considering the grounds raised in the subject motion, we find that the said reasons and the arguments in support thereof have been amply treated, discussed and passed upon in the subject decision,” wrote Associate Justice Samuel Gaerlan.

Waterfront first applied for the license in April 2008, and this legal case goes as far back as August 2017, when Manila Regional Trial Court Branch 173, with Judge Armando Yanga presiding, ordered PAGCOR to issue the license. They’ve been appealing it ever since, with several courts ruling that Waterfront had fulfilled all requirements to receive a license.

This new CA ruling notes that while PAGCOR hasn’t allowed Waterfront to progress with its license, it has allowed applications from Resorts World Manila, City of Dreams, Solaire Resort and Casino, and Okada Manila to proceed.

In addition to the ruling, PAGCOR will have to pay moral and exemplary damages, measured at PHP100,000 ($1,918) each. That’s pocket change for the regulator, which is expected to bring in $110 million from online gaming licenses alone this year, if not more.

Assuming the regulator doesn’t drag its feet anymore, Waterfront will be able to go ahead with its new Entertainment City, joining the likes of the resorts mentioned previously in the region, and likely opening not too long after the new Solaire Casino, being built not too far north in Quezon City.

The big question for Waterfront now will be if this is too little too late. The damages PAGCOR will pay them can’t possibly make up for a decade of stalling, and competition is already fierce in Entertainment City. They’ll be hoping the market is not saturated by the time they can finally open up this long awaited property.