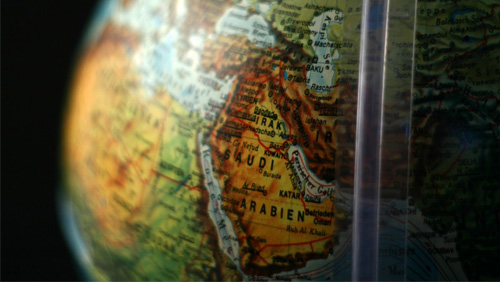 This is a guest contribution by Giorgi Mikhelidze. If you would like to submit a contribution please contact Bill Beatty for submission details. Thank you.

When thinking about gambling hubs, people usually imagine places such as Las Vegas, Malta or Macau. But there is one undiscovered spot in the Caucasus mountains—the Republic of Georgia—which, over the last two decades, managed to become a gambling refuge for pretty much every Islamic state in the Middle East.

The population is very small, around 3.6 million people, but this tiny country is able to field a gambling industry that can pack quite a punch.

The gambling industry itself first found its way to Georgia in the 19th century, but the very first casino was opened in the capital, Tbilisi, in 1920, followed by the second largest city in Georgia, Batumi in 1989.

The freedom of gambling in Georgia

The Georgian gambling market is something you’d call a grey zone. There is a regulation implemented by the government, but it is light enough not to hinder any operations. If local, as well as foreign companies, are able to cover operation and license fees, then they’re free to set up new locations and provide gambling services to customers without any serious reprimand. The fees usually range between 50,000 to 1 million GEL ($20,000 to $400,000). Thanks to this freedom of operations, gambling industries managed to promote their business to an extent that they’ve become the “Corporate Rockstars of Georgia.”

Thanks to the massive amounts of profits they managed to rake in during the early 2000s, these companies were seen pretty much everywhere. Every banner, every digital ad and every poster was related to a casino, be it online or offline. Currently, there are 92 gambling companies operating in Georgia, 32 of them are classified as “Large,” and almost all of them are local brands.

Where did these funds come from?

Georgians weren’t immediately drawn to the gambling industry; in fact, during the first stages of operations, it was very hard to cater to local customers. Most of the revenue that these companies were able to rake in, came from tourists from neighbouring countries. And this is where Georgia’s value as a gambling hotspot comes in.

Thanks to the geopolitical situation, Georgia needs to pay very close attention to how it treats its next-door and far-away neighbours. Its south is littered by Islamic states, while the North is dominated by Russia. Thanks to years of hostility with their northern neighbour, Georgian businessmen and politicians opted to improve relations with their Muslim neighbours, such as Azerbaijan and the economic powerhouse, Turkey. Free trade was immediately agreed upon, but there was something else that was introduced. Visa-free travel between the countries. Thanks to this addition, hundreds of thousands of Muslim tourists started pouring into the capital Tbilisi, and the country’s vacation city Batumi. Both of these cities were primarily sought after for their vast selection of casinos.

Most Islamic countries tend to prohibit any type of gambling activity within their borders, but the demand is still there. Therefore, these Muslim players needed at least someplace to play at, a place that was relatively near, and a place which was easy to get to. Georgia was able to tick all of those criteria and started actively promoting their Casinos to arriving tourists. Operators started targeting digital channels where Muslim activity was the highest, as TV commercials and banners related to gambling were also prohibited in these countries. After a few years, we can see the results these strategies have brought.

The revenue report of Georgian casinos in 2014 was 1.2 billion Georgian Lari ($500 million). But researchers were surprised to find out that almost 70% of that revenue was generated through online gambling activities, not offline. And here is exactly where Georgia’s gambling companies shine as “converters.”

Most land-based casinos in Georgia are located in Batumi, the vacation centre on the Black Sea beach. The city is full of 5-star hotels with casinos and sits just half an hour away from the Turkish border.

After seeing how well the companies were performing in terms of online operations, most casinos started targeting conversion rates. Their primary goal became to turn a land-based casino visitor into a returning customer online, and judging by the revenue of just 2014, they were extremely successful.

By creating online poker rooms, various slots and interactive games, these gambling operators were able to directly showcase their digital platforms to customers, as they were sitting in their land-based casino.

Until this day, Adjarabet, one of the most popular casinos in Georgia, is the No. 1 most visited website in the country, with over 4.5 million unique visits per month. Judging by the fact that Georgia’s population is just 3.6 million, it’s safe to say that at least ⅓ of that traffic comes from foreign players.

The competitiveness of Georgia’s gambling market

Georgia has been actively applying for EU membership, but seeing the state of its economy and territorial integrity, the EU is very unlikely to accept them. With this, Georgia completely loses all competitive nature in the Gambling market for EU-based customers. However, the competitiveness of Georgian gambling companies was reinforced by the fact that the two largest brands in Georgia, Adjarabet and Crystalbet, just had 51% of their shares purchased by Paddy Power Betfair PLC. The acquisition of the remaining 49% will follow shortly. This was nothing but a confirmation of Georgia’s potential in the future, as an actual gambling hub for not only Middle Eastern players but the swarms of incoming Russian tourists as relations simmer down to Neutral.

Unfortunately, however, the Georgian gambling operators are protected by the light regulatory framework, low tax rates and government favour. In fact, many government officials are shareholders of some of the largest casinos. Should some kind of change be implemented in the regulations, these companies would see large portions of their revenue being either stripped away completely or taken by the government. It is indeed a thin line to walk on.

How gambling became so popular in Georgia 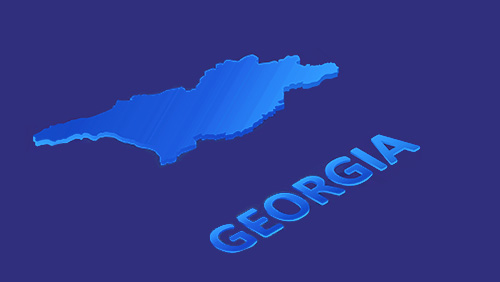 Gambling came in as a “get rich quick” method for a lot of Georgians. During the late 90s, most of the population was either unemployed or was emigrating from the country. Therefore there needed to be at least some type of income that they needed to count on. Even if gambling is never considered as income, many people still used it as a means to make a living, and in fact, most of them succeeded. But this was just the beginning of the popularity that would boom in the late 2000s and early 2010s.

After seeing so much growth, casinos started to focus a lot on marketing and new game development. Therefore they needed to somehow find skilled labour and employ them as fast as possible. Many classes were introduced by the companies themselves, for digital and offline marketing as well as programming classes for languages such as Java, Python and C# (Programming languages needed to create gambling games). Thanks to their vast resources, gambling companies were able to beat all of the competition in terms of job security, high salaries and rewards. Working in a casino’s back office was and still is considered a privilege in Georgia as there is pretty much no place else that can pay as much. While the average salary in the capital is about 1,000 GEL ($400), the casinos are able to pay their back office employees around 3,500 GEL ($1000), more than triple the national average.

The marketing activities also enticed Georgians to create new channels such as websites, blogs and various other resources where they could accommodate Gambling operators’ ads. Overall the digital industry got a massive boost through these companies, which further popularised them as good employers and “kind” corporations. In fact, Georgia is probably one of the only places you can see the most ridiculous notion. Whilst casinos in foreign casinos struggle to find channels that will accept their ads, Georgian channels are pretty much dreaming to be commissioned by a gambling company.

No matter the hit that Georgian casinos may suffer from an introduction of strict regulations or an increase in taxes, most of them would be able to stay afloat and more profitable than any other industry in the country.

Giorgi is a Georgian Copywriter, programmer and marketing enthusiast. He also follows a lot of the development in the financial as well as the gambling sector. His insight helps him craft educational articles for all of his readers to enjoy.