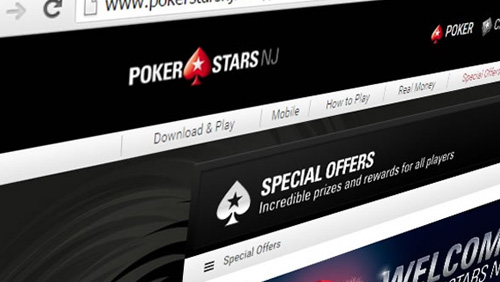 PokerStars may be best known for its online poker, but the company has been trying to diversify itself to grab bits and pieces of virtually any gambling market possible. After the U.S. Supreme Court defeated the Professional and Amateur Sports Protection Act of 1992 (PASPA) last May, the company decided it would get into sports gambling and has seen moderate success. It has also seen its share of problems and the latest comes via New Jersey, which has slapped PokerStars with a fine for illegal gambling.

The New Jersey Division of Gaming Enforcement (DGE) presented PokerStars with a $10,000 fine earlier this month over charges that it received bets involving two universities in the state. Collegiate-level gambling action is off the table in New Jersey and The Stars Group, owner of PokerStars, should have had better control over its software. The New Jersey law on sports gambling prohibits wagers on any “collegiate sport or athletic event that takes place in New Jersey or any individual sporting or athletic event in which any New Jersey college team directly participates regardless of where the event takes place.”

The Stars Group admitted that it was at fault and that it had violated New Jersey gambling laws. It reportedly voided the bets and refunded all wagers prior to the games being played.

PokerStars isn’t the first to come under fire in the state for allowing illegal wagers. Caesars paid a pittance of a fine—$2,000—in December for bets on a Rutgers/University of Kansas game that were allowed due to a “computer glitch.” $2,000 is hardly a fine for the casino giant and it can recuperate the amount in under two minutes at the gambling tables.

Someone has come to the realization that the fines may not be tough enough to send a clear message. New Jersey Assemblyman Ralph Caputo has drafted a bill, Assembly Bill 4947, that looks to increase the fines levied. If the bill is approved, the DGE can recommend to the state’s Casino Control Commission (CCC) to levy fines of between $20,000 to $100,000 per violation. The CCC would have the ultimate word on whether to approve or deny the fines.