Home / Business / Massachusetts holding off on sports gambling for now 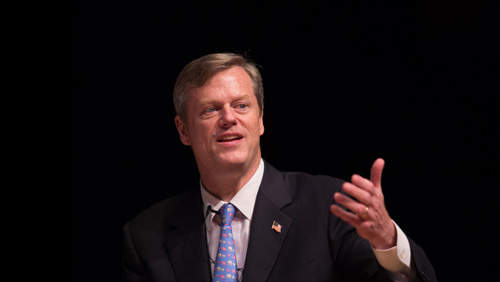 Baker had anticipated Massachusetts earning as much as $35 million from legalized sports gambling and had already put it into the state budget. However, according to a report by the news outlet South Coast Today, it now appears that the House Democrats have suspended all talks of sports gambling while the budget is being negotiated. This means that not one of the many bills on the topic—one of which had assistance from Baker himself—cannot be considered at the moment and the budget cannot rely on any sports gambling revenue.

Democratic House Speaker Robert DeLeo asserts, “I don’t think it’s as easy as some people suspect it may be. I’ve already found some different viewpoints on how we should proceed with it.”

The idea that the issue isn’t “easy” certainly seems a little odd. A number of other states have been able to address the issue with relative ease. Obviously there are different viewpoints—there always are—but lawmakers are there to serve the wishes of the majority. When organized appropriately, making important decisions should be pretty straightforward.

The only state in the New England region to legalize sports gambling so far is Rhode Island. However, some believe that the state may have erred in its calculations in an attempt to introduce the activity as quickly as possible. The American Gaming Association (AGA) said last week that, due to a misunderstanding of data provided in a sports gambling study, Rhode Island has made $40 million less than it anticipated since it legalized sports gambling late last year.

The AGA provided income markers based on a fully mature market operating with a tax rate on gross gaming revenue of 15%. Rhode Island charges 51%, the highest in the U.S. and in the world. However, the state is just now getting sportsbooks off the ground and it’s normal for any activity to take time to develop a footing.

Just like no one expected Pennsylvania’s gambling market to excel because of ultra-high fees—which have not been a deterrent—Rhode Island will see its sports gambling revenue improve and will always be the regional leader.