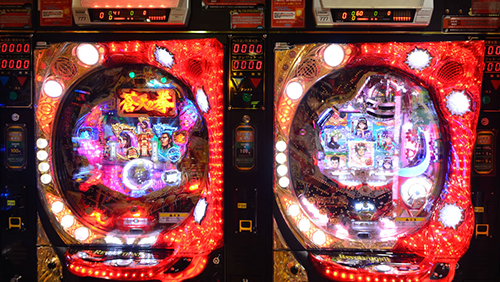 There are still many questions that need to be addressed before Japan reveals the winners of its first integrated resort (IR) licenses. To answer one, the country has revealed details of a “basic plan” that will add protections against gambling problems at pachinko parlors.

Kyodo News reports Japan’s cabinet has approved a plan that will remove cash withdrawal machines from pachinko parlors and government run gambling venues, including horse and keirin cycle tracks. The thinking is likely that if customers have a hard time getting their cash out, they’ll be less likely to play.

On top of that, the plan calls for research into how underage and problem gamblers can be kept out of the establishments through an identification check system. To avoid future problem gamblers, there will also be mandated warnings about addiction in advertising, and restrictions on the size of online bets.

Finally, the plan asks the country’s 47 prefectures and 20 major cities to set up consultation and treatment hubs. They will also be asked to coordinate with private organizations that combat gambling addiction.

“We will create a healthy society by implementing thoroughly measures based on the basic plan in order to prevent people from finding themselves in difficult situations,” said Chief Cabinet Secretary Yoshihide Suga about the plan.

All of this is to protect the local population for when the IRs eventually start operation. That won’t be for some time though. Casinos aren’t expected to be completed until 2025, despite the plans of some bidders to sweeten the deal if they can have one sooner.

Analysts expect that once the bids are announced, the likely cities to receive IRs are Osaka, Yokohama and Hokkaido, with each city playing up its potential as a tourist destination. The thinking is that while Japan will have a profitable industry in the long run, because of these measures to discourage locals from participating, the market will suffer against existing competition from Macau, South Korea and the Philippines.