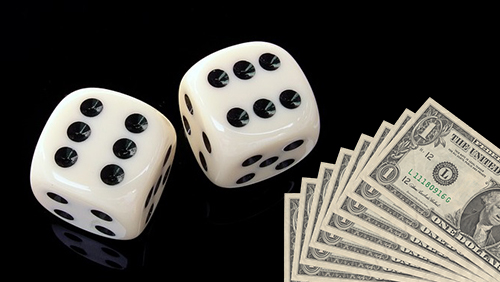 Lawmakers in Colorado are hoping to drum up support for a sports gambling bill quickly. A bill introduced recently would legalize the activity in the state and looks to garner enough attention to be approved during the current session in order for Colorado’s voters to respond to the subject on a ballot entry this coming November. There’s a lot of work to be done and not much time to make it happen.

A bill introduced only last Thursday by Alex Garnett, the Democratic House Majority Leader, and Patrick Neville, the Republican Minority Leader, proposes asking Coloradoans this November if they want sports gambling in the state. The bill specifies a 10% flat tax on net revenue, which would have to be approved by voters. According to state law, any question regarding tax increases has to be approved by Colorado residents.

The bill stipulates that the state’s existing casinos would be eligible for sportsbook licenses. Limited in-person betting would be allowed, as would mobile and online sports wagers. Those operators would have the authority to establish their own betting limits and the program would be relatively liberal, with wagers allowed on both professional and collegiate-level games, including bets on the state’s college teams.

Garnett believes that the tax revenue generated from legalized sports gambling could range anywhere from $5 million to $10 million each year. In some instances, he believes it could reach as much as $20 million, and asserts that the money will be used for conservation efforts and protecting the state’s water.

Approximately $130,000 would be earmarked for organizations dedicated to problem gambling and addiction. The news was welcome by Lawrence Wall, the president of the Problem Gambling Coalition of Colorado, but he added that mobile gaming could be a concern, as it makes it too easy for some to gamble.

As has been argued in the past, the case for legalizing sports gambling comes down to one simple concept. Gambling is already occurring in the state, as well as everywhere else, but through illegal, underground channels. These not only offer no consumer protection, but prevent the state from collecting much-needed revenue. Legalizing the activity will allow Colorado to regulate sports gambling, provide better protection to consumers and add more revenue to the state’s coffers.

Time is of the essence if the ballot entry is to make its appearance this November. The bill needs to be approved by May 3, the last day for the current legislative session.