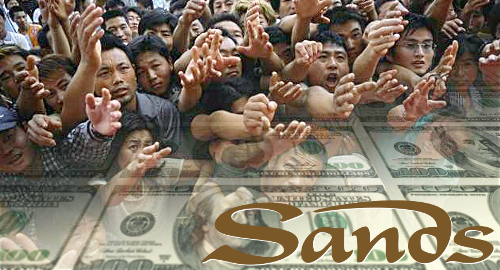 Casino operator Las Vegas Sands relied on its Macau mass market strength to overcome a slump in VIP gaming in the first quarter of 2019.

Interestingly, Sands noted that its results were negatively impacted by a “nonrecurring legal settlement,” which appears to be a reference to the settlement in March of Sands’ long-running court battle with Richard Suen. The amount of the settlement went undisclosed at the time, but the Q1 report suggests Sands paid Suen around $96m.

Getting back to the results, the all-important Sands China division reported revenue up 8% to $2.33b, adjusted earnings up 8.7% to $858m while net income was flat at $557m.

Sands’ Macau operations relied heavily on mass market gaming, which reported win up 10.2% year-on-year to $745m, while the ‘premium mass’ win rose 15.9% to $774m, a new quarterly record. Tellingly, Sands didn’t offer up overall numbers for its VIP operations in Macau, although individual property numbers were less than impressive, reflecting the overall market trends in Q1.

VIP rolling chip volume was down 4.9% at the company’s flagship property the Venetian Macao, while the Parisian fell 14.8% and Sands Cotai Central was off by 19.2%. The Plaza Macao and Four Seasons Hotel fared better, with VIP turnover up nearly 47%, while Sands Macao improved 34%. Overall VIP revenue was down 14% from Q4, despite Q1’s Lunar New Year celebrations.

In Las Vegas, Sands’ two casinos saw overall revenue dip 1.3% to $471m thanks to declines in both the gaming and convention/retail/other columns. In Pennsylvania, the nearly-sold Sands Bethlehem enjoyed a modest 2.2% revenue bump to $137m.

Sands boss Sheldon Adelson has long claimed that online gambling is evil because it offers access to children, while a brief glimpse of this site will uncover repeated fines of this nature imposed on Adelson’s land-based operations. Draw your own conclusions.