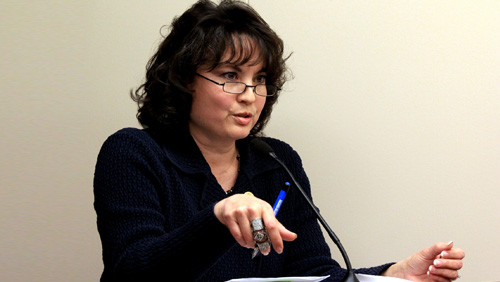 At the end of February, Indiana’s Senate signed off on a gambling bill that would allow the state’s casino market. When it appeared before the Ways and Means Committee, it received a lot of changes, including a new 9.5% tax on sports gambling revenue and a new license for a casino around Terre Haute. Now, the bill is expected to go before the House of Representatives today for its approval.

Senate Bill 552 (SB 552) was approved by the Ways and Means Committee, 17-6, this past Tuesday, giving it substantial support. Since it appears lawmakers are, so far, in favor of the bill’s language, sports gambling will most likely come soon for both professional and college-level sports events.

Whether or not reception to the ability to offer sports gambling is positive remains to be seen. Licenses will cost $100,000 and there’s some concern that there may not be a profitably enough margin to warrant the expense. Given that mobile and online sports wagers won’t be allowed, the market shrinks even more.

Under the bill, gambling taxes will be charged on adjusted gross receipts (AGR) and vary depending on the venue. Riverboat casinos that earn less than $75 million in AGR will only have to pay a tax rate of 2.5%, down from the current 5%. Those that make more than $75 million will pay 10% on the first $25 million and then the standard 15% on everything above that mark. If the bill is approved, the new tax structure is expected to become effective as of July 1, 2021.

There is most likely more editing to be done to the bill before it receives full approval. Representative Peggy Mayfield believes that someone will try to insert a mobile sports gambling amendment at some point, but asserts that, for the most part, lawmakers don’t want to upset the “stable” gambling market that’s in place.

In a conversation with Casino.org, the mayor of Gary, Indiana, Karen Freeman-Wilson, said that she is “pleased … the bill is advancing through the House. While we look forward to new casino development on the Borman Expressway, we are focused on the opportunity to develop an [transportation and shipping] facility at Buffington Harbor thanks to the vacating of that area by the casino.”