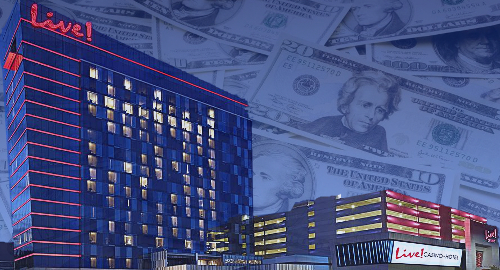 Maryland’s six casinos set a new gaming revenue record in March, and even the struggling Horseshoe Casino Baltimore got in on the fun for a change.

March’s improvement was entirely due to the casinos’ slot machines, which collectively reported revenue of $105.3m, nearly $13m higher than March 2018’s take. By comparison, last month’s table game revenue was up less than half-a-million to just under $58m.

Maryland Lottery & Gaming director Gordon Medenica said March’s record result was even more impressive given the “intense competition and expanding gaming options in surrounding states.” Maryland could have availed itself of some of those new gaming options but state legislators balked at joining the cool kids in other states by approving legal sports betting.

Anyway, all six Maryland casinos reported year-on-year revenue gains in March, led (as ever) by MGM Resorts’ National Harbor, which reported a 3.9% rise to $62.8m. Impressive as that is, it pales in comparison with the $73.4m that National Harbor claimed last October.

The month’s biggest gainer was Cordish Gaming’s Live Casino & Hotel, which shot up 19% year-on-year to $56m. The Horseshoe, which has routinely underperformed following National Harbor’s December 2016 launch, reported revenue up 3% to $25.6m.

The state’s three smaller operators were also in positive territory, although Hollywood Casino Perryville barely qualified with revenue of $7.15m, a year-on-year gain of only 0.5%. Ocean Downs Casino shot up 12.4% to $6.6m while Rocky Gap Casino Resort rose 9.2% to $5.16m.