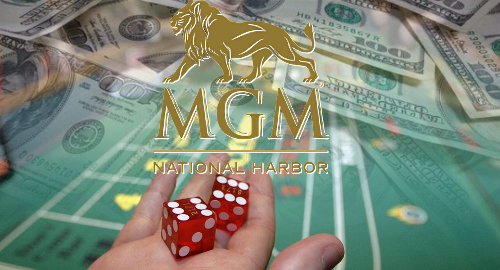 National Harbor, which will celebrate its second birthday in December, was almost wholly responsible for the table game surge, as its gaming tables reported revenue of over $43.4m versus just $24.8m in October 2017. National Harbor’s slots also had a good month, rising nearly $3m to $30m.

Cordish Gaming’s Live! Casino & Hotel held on to its traditional second-place spot on October’s revenue chart, but its $47m total was up only 2.6% from the same month last year. The property could thank its slots for that minor gain, as its table revenue was down $2.3m to $14.2m for the month.

Horseshoe Casino Baltimore had a decent month, rising 7.6% to $21m as its table gains compensated for its slots decline. Churchill Downs Inc’s Ocean Downs Casino was also in positive territory, rising 15.8% to $6.1m thanks to an extra $742k from the gaming tables it launched last December.

The month’s two decliners were Hollywood Casino Perryville, which fell 1.4% to $5.85m, and Rocky Gap Casino Resort, which slipped 3.8% to a little less than $4.5m.