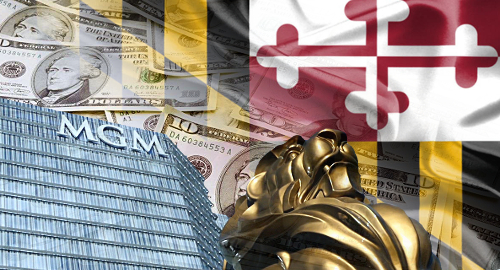 As ever, we need to point out that National Harbor didn’t open until December 2016, and the five casinos that were open in both Octobers reported a year-on-year revenue decline of nearly 15%. (Just think, kids, only two more months until we can report these revenue figures without caveats.)

National Harbor earned just under $52m in October, easily enough to top the state’s revenue chart but shy of the property’s all-time revenue record of $52.9m set in August. MGM’s revenue managed a rough split of $24.8m from its gaming tables and $27.1m from its slots.

The Live! Casino is frantically trying to gussy up its offering to compete with the state’s shiny new entrant, including building a new $200m, 17-story, 310-room hotel that will also include a sizeable entertainment venue for hosting live shows. The hotel, which had its ‘topping-off’ ceremony in October, is expected to open to the public in the spring.

Caesars Entertainment’s Horseshoe Casino Baltimore posted the month’s biggest year-on-year revenue decline, falling a whopping 26.5% to $19.6m. Slots revenue held up fairly well, falling 10% to $12.4m but table games either suffered a major dip in table drop or win percentage or both, as table revenue fell by nearly half to just $7.15m.