There is no doubt that cricket is the most popular sport in India. In fact, for many, it would not be false to say that it is almost a religion there. People love the sport and have spent a significant amount of time over the last two decades turning it into one of the most popular and talked about genres in the nation. 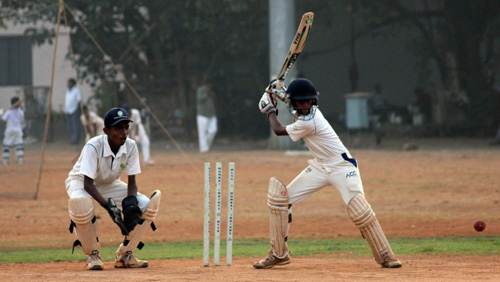 Because of the fervent fanaticism that many have in India related to cricket, the site will be directed toward the Indian population at first. In fact, the company itself will be based out of Mumbai, but there are plans to expand far beyond its borders.

CEO Deepak Gullapalli explained, “We already have a sports game platform via Fanfight and we plan to reach out to a larger base of cricket fans via cricket.com. The plan for the organization includes diversification of the businesses and expansion of our footprint beyond Indian markets.”

What is interesting about the new site is how quickly India has changed in terms of its Internet use. Just two decades ago there were no sites in the country that were dedicated exclusively to sports, as sports were just an additional piece of information that went along with news. Very little was dedicated to providing in-depth analysis or scores from leagues across the country.

That is clearly no longer the case. Now India has become one of the most fervent fan bases on the globe, as cricket has become a national passion.

This is why sports betting websites are finding that the market is ripe. With a population of nearly 1.4 billion people and a large base having disposable income, sports and sports betting websites are finding that the country is where they need to start setting up shop. This is a market that provides an almost immeasurable amount of revenue for the sites, making it so that it was no surprise that HDW would opt to build a website that was almost exclusively catered toward the people of India.

How effective this site will be in other countries remains to be seen. If the site continues to be dedicated to cricket, focusing primarily on information that would be of significance to the people of India, the expansion will be minimal at best. However, HDW has created a platform that should enable the company to expand the amount of information they provide without imposing upon the information that Indians want.