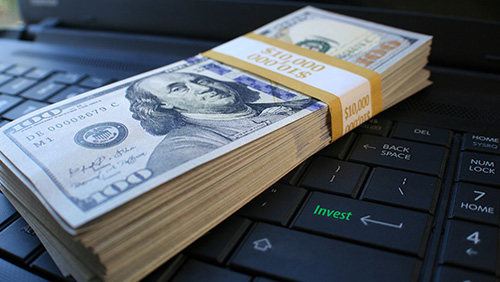 Genting Malaysia might be preparing to give its shareholders a little bonus. According to the casino operator, the board of directors is recommending a single-tier dividend of about $0.0122 per ordinary share, which, if approved, would be distributed on July 23. Genting’s shareholders will vote on the payout during a board meeting on June 5.

This past February, Genting declared a special dividend of $0.019 in conjunction with its financial report for the end of its latest fiscal year. The company took a hit of $4.8 million last year, compared to a net profit of $284 million a year earlier.

That loss, according to the company’s financial filing was “primarily attributable to the impairment loss of MYR1.83 billion [$427.5 million] on the group’s investment in the promissory notes issued by the Mashpee Wampanoag Tribe.” That impairment came from a failed investment in a Massachusetts integrated resort project.

Genting Malaysia is a unit of Genting Bhd and is behind the Resorts World Genting casino complex near the Malaysian capital of Kuala Lumpur. The company also operates casinos in the UK, Egypt, the Bahamas and the United States.

There has been some tension surrounding the Resorts World Genting property following the exit of the Fox media brand. Fox, which includes Disney, had agreed to help develop a theme park at the resort, but recently backed out, leading to Genting and Fox having to duke it out in court. However, Genting is convinced the project will move forward, even without Fox, and asserts, “The development plans and options for the outdoor theme park are being reviewed amid ongoing legal proceedings. The group remains committed to the outdoor theme park at Resorts World Genting as a growth initiative in Malaysia.”

Perhaps shareholders can barter for some other payout if they don’t’ want to take the cash dividend. Genting Malaysia is reportedly now the proud owner of the 91-meter Equanimity, a luxury yacht it purchased for $126 million.

Equanimity is not just another fancy ship—it was purchased with money that was stolen from the Malaysian government-run Malaysia Development Berhad investment fund and was once used by a fugitive businessman from the country, Jho Low, to host parties. The super yacht includes marble and gold leaf interior finishes, a spa and sauna, a movie theater, a helipad and a 20-meter swimming pool.

Genting indicates that the vessel will give the company “a unique and competitive edge for its premium customers business.”