Release the white smoke: Pope takes down the WSOPC Main Event in Tulsa

Poker is a series of mountains and valleys, and if you want to survive the rough terrain, it helps if you are the owner of a small trucking company – like Phillip Pope. 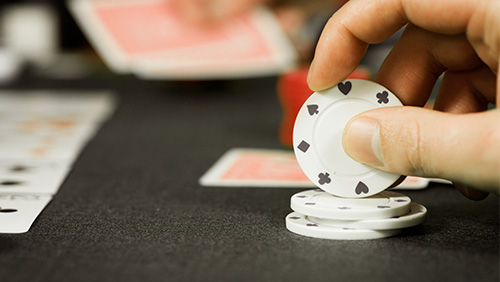 Pope took down the 533-entrant $1,700 buy-in World Series of Poker Circuit (WSOPC) Main Event at the Hard Rock Tulsa to register the first live tournament win of his career.

The field size was lower than the organisers expected, having slapped a million dollar guarantee on the side of this particular tin meaning a six-figure pain in the arse, but Pope will be nonplussed.

The man is a champion.

Pope was able to get his head down and play as all the attention fell elsewhere, most of it on Maurice Hawkins. The Missouri man came into the final table as the chip leader, and given his track record in these events (he’s won five Main Events), he was a good best to equal the 12-WSOPC gold ring record currently held by Valentin Vornicu.

There were plenty of people trying to stop him.

We catch the action at six-handed play, and Barbara Sargent found the perfect poker chemistry to double up through Pope when her 9s6s turned a two-pair hand to beat the Qh8h of the eventual champion despite him flopping a second eight. Then Sargent did it again, telling all and sundry that they had ‘better watch out’ after her pocket fours held against the Tc7c of Trey Brabham.

Then we lost Viet Vo in sixth.

With blinds at 25k/50k A5k, Pope opened to 150,000 from the cutoff and called when Vo moved all-in from the small blind for 600,000. Vo was hoping to see two high cards, but instead, Pope held pocket eights, crushing the inferior hand of pocket sevens, and five cards later, Vo was out.

After the no Vo show, Sargent became the short stack. Her astronomical charts did sense some light in the future when she doubled through Kou Vang QcTc>Ah3d, but that only moved her to 8 big blinds, and not long after they were gone. Sargent moved all-in for 250,000, and Brabham was the only player to lock horns. Sargent was ahead with AhJs beating Td8c, but a hammer like ten on the river hit her on the head, and she never woke up.

Brabham may have taken Sargent’s chips, but his mooring on the final table slipped after a bad beat delivered by Vang who moved all-in from under the gun holding pocket eights, and Brabham called with pocket tens. Brabham was a big favourite to double up until Vang flopped a set to send him off to do a spot of carpentry, bird watching or whatever else it is that Brabham does to calm down.

Next, Maurice Hawkins’ record-equalling crusade came to an end.

With blinds at 80k/160k A20k, Vang limped on the button, Hawkins made up the spare change from the small blind, and Pope checked in the big blind. The dealer placed a soaking wet  9d8c7s onto the flop; Hawkins jammed, Pope folded, but Vang fancied it. Hawkins showed 9c4h for top pair, but Vang had him crushed with two sneaky-looking black aces. The Jh and Qh completed the action, and Hawkins fell, safe in the knowledge that he had locked up a seat in the Global Casino Championships as the Casino Champion.

After the elimination of Hawkins, Pope entered heads-up with Vang with an almost 2:1 chip lead and the contest didn’t last long. With blinds 100k/200k A30k, Vang opened the button to 45,000, and Pope made the call. The flop of 6d4s3d was a labyrinth for both players with Pope finding the exit and the gold after his 7d6h held against Kd2d when all the chips went in the middle.