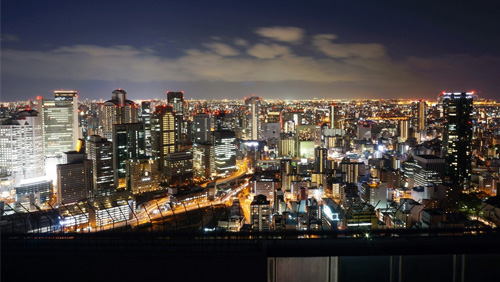 As MGM continues to build its case to compete for one of the three licenses to be issued in Japan’s integrated resort (IR) industry, it has announced a new partner to help smooth the bidding process. MGM has teamed up with ORIX, a Japanese financial services firm, to create the first Japan IR consortium as competition begins to heat up.

MGM has long asserted that it is a prime candidate for a Japanese IR and that Osaka would be the perfect location. The company’s CEO, Jim Murren, has reiterated the position consistently over the past several months and, during a trip to Japan last week, acknowledged to Bloomberg that the company is going to direct all its efforts in being chosen as the casino operator in the city.

ORIX announced the partnership last Friday, stating that it would receive an equity stake in the consortium. The amount to be provided by either MGM or ORIX in the deal has not been released; however, there are indications that the two parties will receive equal shares through the agreement.

In its announcement on Friday, ORIX indicated that the partnership was established last December, but that the two entities intentionally waited until now to make the news public. An official memorandum of understanding has reportedly been signed, according to GamblingCompliance.

Osaka has long been considered a favorite to host one of the three initial IRs. The city is hosting the World Expo 2025, which would lay a substantial foundation for a resort and is logistically accessible to international travel.

MGM hopes to see the IR bidding process sped up in order to launch the IR ahead of the expo. Murren indicated that Osaka officials could open the bidding process for a casino partner within the next couple of months, but the city has already indicated that it most likely won’t make a decision until next year. That could put Murren’s plans to have the IR ready before the expo in turmoil.

MGM isn’t the only company that is ready to submit a bid for an Osaka IR. Melco Resorts and Entertainment, as well as Las Vegas Sands, have both announced their intention of entering the race, and both are in good positions to put up a strong fight.