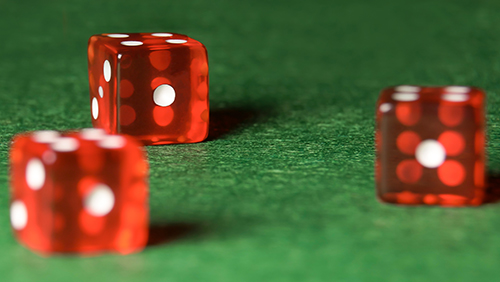 Despite pressure from the Philippine Amusement and Gaming Corporation (PAGCOR), Quezon City Vice Mayor Joy Belmonte has not backed down from her city’s new ordinance, which would charge locals a fee for entering a new Bloomberry casino in the city. In a press statement sent to CalvinAyre.com, PAGCOR continues to argue Belmonte has crossed a line.

As has become their habit, PAGCOR continues to point to legal precedent of what will happen if Belmonte forces a court case. This new statement points to three court decisions that they believe will foreshadow a loss for Quezon City, if the ordinance isn’t repealed first.

In the 1991 case of ‘Basco vs. PAGCOR,’ the court ruled that PAGCOR’s charter gives them the sole right to set taxes and fees for gambling operations. Cities can only tax up to the limitations of what the national congress allows. This should remove the ability of Quezon City to impose its local fee.

Then to add on to that, they cite the 1994 ruling of ‘City of Cagayan de Oro vs. Pryce and PAGCOR,’ where the court determined that municipal governments are only agents of the national government, and “cannot be superior to Congress from which they derive their powers.”

The final case they cite is the 2016 ruling of ‘Herbert Bautista vs PAGCOR’ (Bautista is the current outgoing mayor of Quezon City), in which the court ruled that PAGCOR does not pay local taxes except in very specific conditions.

With these cases combined, as well as the other ones PAGCOR previously cited, they feel it’s clear that Quezon City can’t legally apply their new ordinance. Going beyond that though, PAGCOR implies the city is guilty of straight-up hypocrisy.

Belmonte has previously argued that the ordinance is to discourage locals from gambling as a safeguard against problem gambling. PAGCOR implies she can’t be serious, as the city has allowed 97 electronic gaming sites in Quezon City to operate as of February 27, 2019, of which 63 are bingo sites, and 34 are eGames parlors.

I’ve personally been to some of these bingo sites, and they offer limits rivaling slot machines at many casinos. My mother-in-law’s favorite machine allows bets of as much as PHP2,000 ($38) with the single press of a button, and other machines allow even higher bets. For some residents of Quezon City, that can represent more than a week’s salary lost in seconds.

We’ll have to wait and see if Belmonte continues on with her new ordinance and goes to court against PAGCOR, and even possibly reconsider the electronic gaming sites the city currently has.