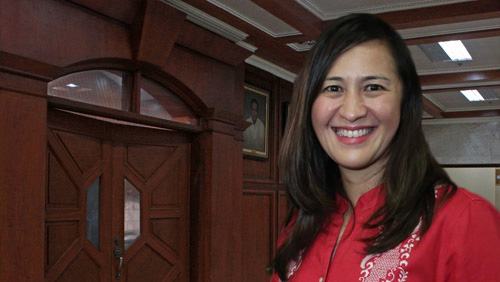 Last week, current Vice Mayor and candidate for mayor of Quezon City Joy Belmonte gave her tentative support to a casino development in her city, pledging to pass an ordinance for the casino. Now that she’s done that, many are wishing she wouldn’t have.

Quezon City’s council has passed an ordinance that would put restrictions on resident’s access to the casino, reports local outlet Philippine Daily Inquirer. Belmonte argues that this should be fine, since developer Bloomberry supposedly argued that casinos are for boosting tourism. She said, “Since the argument is it should be for tourism, it should cater only to tourists. We’ll really make it hard for Quezon City residents to go [inside] the casino.”

I’m really not sure if Bloomberry made that case, but if they did, it would have been a ridiculous case to make. The operator already has the Solaire casino in Entertainment City, a short drive from Manila’s airport. The Vertis North location selected for this new casino is relatively far from the airport, but would be a perfect location to serve locals, due to its proximity to major roads and train lines.

The report from the Inquirer infers that Solaire currently gets most of its patrons from Quezon City, so a new casino would worsen that problem for anti-gambling types. Belmonte argues that too, saying, “They told me it would be a waste if these people still had to go to Parañaque. I told them, ‘I don’t care.’ Can you imagine, the number of Quezon City gamblers would double, especially since the casino is along EDSA?” EDSA is major thoroughfare in Quezon City and the Metropolitan Manila area.

The ordinance would call for a Singapore-style restriction on locals. They would be forced to pay entrance fees (whereas tourists would be exempt) to enter the casino.

This sets up a legal battle between City Hall and the Philippine Amusement and Gaming Corporation (PAGCOR). Their chair, Andrea Domingo, has already said she will try to block the ordinance. This will set up a court battle between PAGCOR’s right to regulate gambling activities and local government’s right to “look after the welfare of [their people].”

As I’ve noted previously on this topic as a resident of Quezon City myself, and as can be seen in the Inquirer’s comment section, nobody in Quezon City is excited to make the long trek to Entertainment City for a good time, so this Quezon City casino is an exciting idea. Restricting access to it won’t reduce the problem of gambling addiction, it’ll just force those poor souls to spend more time in traffic, and further away from their families.