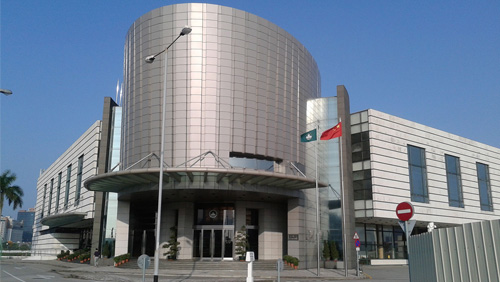 Sometimes it doesn’t pay to be green. Sulu Sou, one of the most junior lawmakers in the Macau government, suggested in February that the city would benefit by placing a limit on the tourism arrivals. He even introduced a bill to try and make it happen. As was expected by probably almost everyone in the world, his bill has been shot down by virtually all of his colleagues in the Assembly.

Tourism is the biggest draw to Macau’s economy. Requesting a cap on it is requesting that the city generate less revenue. To the contrary, Macau needs to build out its tourism capabilities, a plan already underway as the city’s tourism board looks for new ways to attract non-gaming tourism. Capping the number of visitors would be a huge step backward.

Sou’s fellow lawmakers agreed. While he was able to find a little support for his efforts (perhaps out of sympathy?), 22 of the 28 members of the General Assembly said thanks, but no thanks.

As a 27-year-old Assemblyman, Sou probably is viewed through the same eyes as is AOC in the U.S.—not much experience and a little naïve. However, he has also been extremely vocal and is a critic of how Macau’s chief executive, Fernando Chui, has been running the show.

The politician has been in the Assembly since 2017. Also like AOC, he has been featured in the public limelight regularly. However, one striking difference is the motive behind the attention. Sou allegedly organized an illegal protest, for which he was later suspended from the Assembly and fined $5,000, against Chui over a controversial donation made by the Macau Foundation to Jinan University—Chui is on the board of the two entities.

Sou’s position goes against every analytical view that has been offered over the past decade. Even the International Monetary Fund (IMF) recognizes the importance of tourism to the city, stating last month, “To accommodate the higher number of tourists under a mass-market and non-gaming model, infrastructure plans should advance in order to ease supply-side bottlenecks. Some of these areas are expanded entertainment, convention and exhibition options, hotels and retail, including via integrated resorts and family-oriented facilities.”

Perhaps Sou has his own agenda for wanting to suppress tourism, but hopefully he realizes that he’s fighting a losing battle.